Sweeping amendments in the pension rules prevent retirees from commenting critically on the government policies, writes MY SIDDIQUI

The NDA Government has issued strict gag orders prohibiting pensioners, newly retired and older ones, from communicating in the media, writing books, participating in public discourses sharing their domain experiences without prior permission of the government, failing which their pension can be withheld or withdrawn. Fascist’s usual plank always is national security and public order. This covers ostensibly retirees from security and intelligence but its ambit sweeps all India services like IAS, IPS and all other Central Civil Services as there is interchangeability of officials from deputy secretary level and higher grade from one wing of the government to the other on periodic deputation notwithstanding specialized service cadres for different organisations of the government.

To give effect to this, the Central Civil Services (Pension) Rules have been amended by a notification issued on May 31, 2021 by the government in the Ministry of Personnel. New rules stipulate undertaking by retiring officials that in case of writing so they agree to withdrawal or attachment of their pension. This forms part of the continuing gags on multi-media comprising print, TV, web based news and current affairs portals, social media, internet based OTT platforms so that people hear and watch what the fascist wants them, besides controlling thought processes and curbing  criticism of the government.

Sweeping amendments in the pension rules restrains retirees from security and intelligence wings from communicating to the media and people anything from their domain experiences or otherwise without prior permission of the head of the organization from where he/she has retired. This prevents retirees from commenting critically on government policies.

Provocation for such draconian measures, among others, has been a spate of open letters to the Prime Minister on issues facing the nation on anti-democratic deviant conduct of this government with its violations of rule of law based constitutional system of governance, human rights violations by official agencies, ruling Sangh Pariwar cohorts and others, harms that accrue to people from such autocratic, communal, divisive politics of religious polarization, rising social tensions that hinder peace and progress of the nation, India getting bad name in the foreign media and comity of nations.

In this connection, a Central Constitutional Group (CCG), set up in 2018, that comprises top retired officials from all India and central services have been writing open letters to the PM urging him to take remedial steps against dying democratic governance, centralized power in single person, death of collective responsibility, violation of human rights, debasement of judiciary, downgrading public institutions, gradual break down of the idea of India in the form of oneness of its people and oneness of country amidst their diversity, all with facts and figures, and their solutions.

In all, CCG has written 42 open letters to the PM, so far. With this, the fascist has captured entire spectrum of media. This together with books, memoires, articles and other public forums where top senior officials have been addressing on critical issues facing the nation to the dislikes of the autocratic government, have been some other provocation for such, never before, drastic action.

Amendment in Rule 8 provides that “pension is subject to good conduct”, which means any violation of the new rules will jeopardise a retired officer’s pension.

While a 2008 amendment to the Pension Rules had explicit existing restrictions within the Official Secrets Act and ordinary criminal law barring retired officials from writing about “sensitive information”, which would impact sovereignty and integrity of India, the security, strategic, scientific, or economic interests of the state, or lead to incitement of an offence, the new notification widens the ambit of the gag order considerably.

New prohibition placed on any writing/discussions that touches upon the domain of the orgnisation, and expertise or knowledge gained by virtue of working in that organization, is so broad and vague that some retired officials from the security and intelligence establishment, who comment on public affairs, see this as an attempt to browbeat critics of the government into silence.

It is viewed that the government is on aggression to control the overall narrative. At this rate, the government would also go against all retired bureaucrats who are questioning government policies.  It also intends to embroil pensioners in uncalled for litigations. 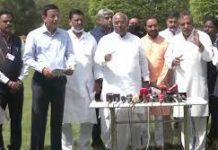 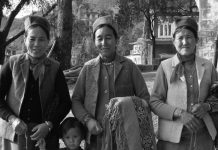 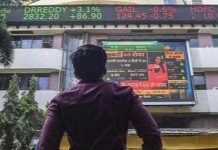