The struggle in the sprawling forests of Chhattisgarh tells the bloody story of the state, the naxals and the people caught in the crossfire
Ajit Sahi, Editor-at-Large


FIRST, A DISCLAIMER: I do not support, justify or approve of the Naxals’ creed of violence. I don’t even believe that they can secure for their peoples the lofty goals of liberty, justice and equity by the means of violence. As Mahatma Gandhi powerfully argued through his public actions and in his copious writings on human history, no one — not even a State — can sustain a moral order using the immoral means of violence. Indeed, Gandhi’s refusal to seek from the British a pardon for Bhagat Singh, Rajguru and Sukhdeo brought him ridicule at the time, and is still unforgiven by millions of followers of the Shaheed-e-Azam. But Gandhi — pardon the expression — stuck to his guns in opposing the creed of violence, irrespective of the practitioner.
On March 23, 1931, after the British hanged the trio, Gandhi wrote: “These heroes had conquered the fear of death. Let us bow to them a thousand times for their heroism. But we should not imitate their act. In our land of millions of destitute and crippled people, if we take to the practice of seeking justice through murder, there will be a terrifying situation. Our poor people will become victims of our atrocities. By making a dharma of violence, we shall be reaping the fruit of our own actions.” Gandhi could well be speaking for the millions of Chhattisgarh’s tribals, who today face a terrible fate as both the Naxals and the State have adopted the dharma of violence and arguably stare at the worst face-off in the Naxals’ 40-year insurgency. It would be futile to indulge in crystal ball gazing on the likely outcome of Operation Green Hunt, the all-out paramilitary offensive against the Naxals that’s already dug in heels in south Chhattisgarh and is expected to turn full-blown in November. Watchers fear that the State will end up killing far more non-Naxal innocent tribal people than the Naxals, who have been entrenched in the deep forests for over four decades.
But this is not about condemning the Naxals’ or the State’s violence. This is about asking hard questions about why the Naxal violence exists. Again, Gandhi’s writing on the day of Bhagat Singh’s martyrdom could well describe both the Naxal and her supporters among the tribal populations. Wrote Gandhi: “Bhagat Singh was not a devotee of non-violence, but he did not subscribe to the religion of violence. He took to violence due to helplessness and to defend his homeland”(italics mine).
Gandhi could be speaking of the “helplessness” of thousands of Chhattisgarh tribals who’ve been driven into the arms of the Naxals due to the terrorist violence let loose since 2005 by the controversial police-backed tribal militia Salwa Judum (literally: Peace March), who have killed, maimed, burnt, hacked, raped the tribals and continue to do so.
This is news that you are never likely to hear from PM Manmohan Singh or Home Minister P Chidambaram, who only tell you that the Naxals are the biggest terrorist threat to India. They and their echo chambers in the media resonate with a singular narrative, crassly distilled by our learned home minister as “you-are-either-with-‘us’-orwith- the-Naxals”. Anyone who so much as questions the justness or even the efficacy of Operation Green Hunt is decried as a double-faced ‘Leftist intellectual’ who must be condemned for supporting the insane violence of “India’s worst enemies”. This narrative goes like this: the Naxals are gun-toting, crazed ideologues who reject the State and have vowed to replace it with a non-democratic Maoist-Communist State. (“I would not like to live in a Naxal State,” said filmmaker Sudhir Mishra — who’s made a movie on the Naxal quagmire — on a CNN-IBN show last week. Ergo, he seemed to suggest, the take-no-prisoners Operation Green Hunt is justified.)

The narrative further says that these terrorist Naxals are hardened beasts that kill our policemen with utter brutality, ambushing them, beheading them. Who in their right minds could ever even appear soft on such hateful beings?
After 9/11, when US President George Bush facetiously argued that the terrorists attacked his country because “they hate our freedoms”, veteran British reporter of the Middle East war theatre, Robert Fisk — the world’s only journalist to have interviewed Osama bin Laden thrice — said that if the inquiry into a robbery must begin with the motive, the question to ask is: why did the 9/11 perpetrators carry out these heinous acts? Similarly, India deserves to know: what is the Naxals’ motive in relentlessly killing the police and security agencies like beasts? Here’s why.

On October 12, 2009, police swarmed the district collector’s office in Jagdalpur, a small town in south Chhattisgarh. They were there to prevent thousands of villagers from storming a jan sunwai (public hearing) called to debate the Environmental Impact Assessment (EIA) report for a proposed Tata steel plant in the district. Legally, this meeting should have been open to all, especially to the 6,000-odd people of the 10 villages near Jagdalpur that the steel plant will gobble up.
THERE IS strong resistance in at least six of these 10 villages to be displaced from their lands for the project. Most people have refused to accept compensation for land. Four of these six villages (Kumbli, Dhuragaon, Takaraguda and Sirisguda) passed resolutions in gram sabhas during October 2-6 asking the district administration to postpone the public hearing due to the climate of uncertainty created by Operation Green Hunt. About 1,000 letters on these resolutions were sent to the district collector. 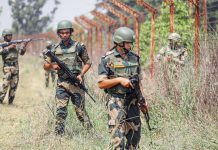 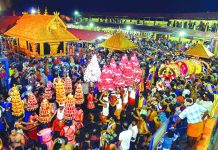