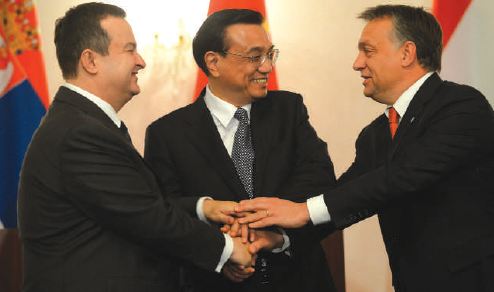 On his four-day visit to India, the Chinese premier made his approach to doing business with India very clear. It only took minutes to figure out in a gathering of Indian and Chinese CEOs as to who was ‘the boss’ at the India-China CEO Forum events in Delhi and Mumbai. That for China, India is a big market for goods, services, bank loans and more.
This irks Indian businessmen. What irks them more is that China protects its own industry while India isn’t aggressive enough. The fear is the bilateral trade may not be a people-to-people exchange as originally envisaged, but become reduced to an exchange of raw material and finished products, with the balance tilted in their favour. The Chinese had come to India armed with a “to-do list” and we are still wondering what we want in return.
But this scepticism did not stop the frenzied signing that went on. Both countries signed (as opposed to sealed) agreements worth a billion-and- a-half dollars in the fields of energy, pharmaceuticals, agriculture and small manufacturing. For India, however, the learning curve is a steep one, as it grapples to understand regulatory issues and the Chinese whispers on manufacturing.
Like the US, China too wants to be a part of the Indian market and they are going strategically about it. The Indian market is already flooded with cheap Chinese products, giving homegrown businesses a run for their money. Few products on the shelves today have the ‘Made in India’ tag on them.
On the energy front, China is willing to supply crude oil to Indian firms, hand them readymade capital loans and then, even buy the end product. It is ready to offer package deals companies would be loathe to turn down.
What then explains China’s edge over India? Are they just better at business, or should part of the blame be apportioned to India as well?
Cheaper loans are one of the biggest imports from China today. What is worrying is how much negotiating power these loans give the Chinese. In return of the concessional rates they get, Indian companies are made to commit on import-related relationships or to source products.
Geopolitical strategy consultant Samir Kapadia cautions against loan repayment plans that rely on “assumed business with China”.
The interdependency can put companies and their shareholders at risk. “India has to also beware of seeking loans at the last minute,” says Kapadia.
Lest we forget, the actions of Chinese firms are eventually determined by the government and by banks. Little wonder the delegation’s most important men belonged to two of the biggest lenders of the nation — the China Development Corp and the Industrial and Commercial Bank of China.
The two countries have set a goal of $100 billion in trade by 2015, up from $66 billion in 2012. A promoter of a large company said India is getting short-changed in this relationship. “We sell them iron ore that comes out straight from the ground,” he says, “and they sell us finished products. It’s a game we are going to lose. If India doesn’t get to add value to its products before selling, how will our people get jobs or become a part of the supply chain?”
China took the same approach of buying resources in Africa and Sri Lanka. It is no secret that today it holds a significant chunk of the resources there. Could India go the same way? Not for now, but let’s watch our steps.
In his address to CEOs in Mumbai, Chinese Premier Li Keqiang promised: “China will make all your dreams come true.” The hardsell was evident in the sheer lobbying on how quickly the Chinese are able to deliver on projects. “Can China show large heartedness by allowing value- added Indian exports?” asks Harsh Mariwala, former president of FICCI.
Li’s India visit has many lessons for the host country. Least of all being how it is time to stop letting the Chinese benefit from the chinks in our armour and not letting our economic indecisiveness get the better of us. It’s time to drive home the role China has to play in building a fairer trade regime.

CM Manohar Parrikar arrives in Goa after being discharged from AIIMS