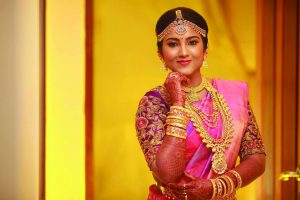 Chandra Narayanan, 52, could not quite believe what she read on her e-mail. It was her son Anand, 27, writing to her from Milwaukee, USA, saying she should “wear a new thaali (wedding necklace or mangalsutra) round her neck for the safety of Appa’s life.”

“While I don’t really believe in such rituals, superstition took the better of me and I rushed to buy a thaali and wear it,” she says, speaking to tehelka.com.

Narayanan is not alone. On the evening of 29 January, many women, both educated and uninformed alike, were flooded with the news of an impending disaster to their married status following a rumour from a little town at the base of Tirumala Hills in Andhra Pradesh that Goddess Parvati’s thaali had snapped and fallen. Snapping of the thaali is considered to be the worst kind of ill-luck that could happen to a married woman.

Therefore, it was said that all married women should buy a new thaali and tie it round their necks to assure the longevity of their husband’s lives.

For those unfamiliar about Tamil sensibilities, the thaali is an overrated symbol both in tradition and in popular culture, with films deifying the married woman and the wedding necklace she wears. It is believed that the snapping of the necklace leads to widowhood and many melodramatic scenes have revolved round this tradition.

Such being the sentiments, the rumour was never verified when the e-mails started pouring in from abroad, warning mothers and sisters and wives to “protect” their thaali. Pavement sellers made a killing by selling the humble thread and piece of turmeric worth half a rupee for as much as 5. As Kalyani Narasimhan, a housewife, says, “I was informed about this by my niece from her office and I wore a fresh thread myself, and I also called up as many married women as I knew and told them to take the precautions.” By the time she rushed to the local temple near her house to get a fresh thread for her daughter, she found the shop shelves were empty.

Tiruchannor is a small town at the base of the famous Tirumala Hills. On January 29, a special puja called the “kalyana utsavam” or the wedding festivities of Goddess Padmavati, consort of the Tirupati Venkatesa, was conducted here. It is said that in the bustle of the wedding cart being taken along the temple precincts, some devotees may have seen wedding necklace move a bit out of position, amidst all the floral garlands, and this could have led to the rumour that the thread had snapped.

Amazingly, the rumour spread so far that by nightfall, women in Tamil Nadu and Andhra Pradesh were rushing to wear a new thread. Meanwhile, temple sent faxes to newpaper offices dismissing the whole affair as “rumours spread by mischief makers.”

But on Tuesday morning, wherever one looked , one could see women wearing fresh yellow threads round their necks. The rumour has proved, yet again, that in India, a Ganesh sipping milk or a necklace adorning Goddess Padmavati snapping is enough to sweep the people off their feet.