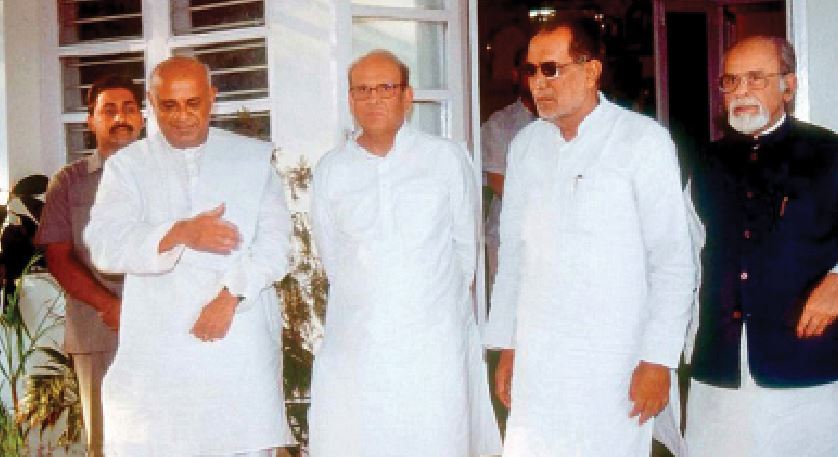 With an eye on the aftermath of the Uttar Pradesh Assembly election results and its impact on the Centre, an effort is being made to cobble up an alternative front, at the moment known as the Nationalist Unity Front. Such an exercise, however, cannot fructify until the UP polls are over because, for Samajwadi president Mulayam Singh Yadav, his primacy of place in UP is non-negotiable. It is only after the UP polls that he can consider making a common cause with his bete-noire Laloo Prasad Yadav and former prime minister S Chandra Shekhar. Therefore, for the time being, this new platform will keep a low profile.

It all started as a conclave of former prime ministers — V P Singh, S Chandra Shekhar, H D Deve Gowda and I K Gujral — who met at Chandra Shekhar’s residence. It was Chandra Shekhar, who claims to be deeply disturbed over the manner in which the nationally-accepted and nationally-cherished policies have been overturned, who provoked the former prime ministers into floating this new platform. Once the UP polls are over, all secular leaders opposed to the BJP dispensation are likely to join forces and making a common cause.

During the UP Assembly elections, the new Nationalist Unity Front will contest 200 of the 403 seats and will extend its support to the People’s Front.

Former Union Commerce Minister and Janata Party President Dr Subramanian Swamy and former Union Defence Minister Sharad Pawar of the Nationalist Congress Party have taken the lead in working out an alternative to the Vajpayee government at the Centre. Swamy, who is also close to Rashtriya Janata Dal president Laloo Prasad Yadav and Samajwadi Party President Mulayam Singh Yadav, was behind the meeting at Chandra Sekhar’s residence. This is the second time that Swamy will be making an attempt to dislodge the Vajpayee government. Earlier, his famous tea party on March 29, 1999 ultimately led to the downfall of the Vajpayee government.

Although there is unanimity on the need for coming up with an alternative to the Vajpayee government, partisan interests continue to plague the smaller parties in the secular front.

This is the first time that smaller parties have come together to float a Nationalist Unity Forum to stake a claim for share of power in UP. Reflective of the growing fragmentation in the party system, smaller outfits have surfaced,

representing casteist and even interest groups, which seek a share in power. A committee comprising all constituents would draw up their common minimum programme. These parties will, however, contest on their own symbols. The Front, which consists of 12 parties, plans to oppose both the BJP and the Congress.

Other parties in the Front include the Indian Ekta Party of Rashid Masood, the Muslim Majlis of Qamar Kazmi, the All India Ittahadi Millat Council of Maulana Taukir Raza Khan, the Rashtriya Parivartan Dal of D P Yadav, the Gujarat Janata Congress of Chabildas Mehta, the Haryana Vikas Party of Bansi Lal, the Republican Party of India of Ramdas Athawale, the National Loktantrik Congress of Masood Ahmed and the Rashtrawadi Communist Party of Kaushal Kishore.

With the majority of the Bharatiya Janata Party coming down in Parliament, the smaller outfits see hope. 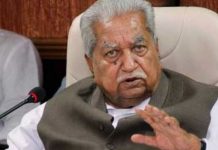 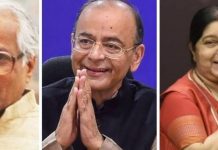