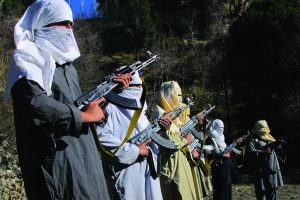 General Pervez Musharraf, in his January 12 speech, banned Pakistani terrorist organisations Jaish-e-Mohammad (JeM) and Lashkar-e-Toiba (LeT), which have been involved in largescale terrorist violence in Jammu and Kashmir (J&K;). However, he did not ban the Harkat-ul-Mujahideen (HuM), a key member of Osama bin Laden’s Al Qaeda.

Abdul Hamid Khan, chairperson of the Balawaristan National Front (BNF) has written a letter to the United Nations Secretary General Kofi Anan, saying there are “12,000 Kalashnikovs in Skardu city”, which is in the possession of Pakistan-sponsored terrorist groups. The BNF is spearheading a movement for a free and independent Balawaristan, comprising the regions of Gilgit and Baltistan, which are popularly known as the Northern Areas.

Khan, in his letter to Anan, says the police have not closed down terrorist camps or impounded their vehicles. “After Musharraf’s speech, only the offices of these terrorist groups have been closed, but not a single terrorist has been taken into custody in this disputed part,” the letter states.

Khan has also revealed that the Pakistan Government has set up a number of camps in the valleys of Yasen, Ishkomen and other parts of “POGB that are adjacent to Afghanistan, for the Taliban and the Al Qaeda. Muzaffar Hussain, a local assistant inspector-general of police and Raji Rahmat, deputy superintendent of police, have been deputed to facilitate the Taliban and Al Qaeda. Sher Jahan Mir, a general manager of the co-operative bank, was providing funds to these terrorists with the instruction and guidance of the Inter-Services Intelligence (ISI),” Khan wrote in his letter to the UN secretary general.

Khan says the Pakistan Army has been terrorising the people of POGB, especially those who have been demanding independence from Pakistan.

He says that instead of taking action against the terrorist groups, the army and ISI have “kidnapped a nationalist political leader Sadiq Ali, provincial president of the BNF, and all members of his Cabinet from Skardu suburb because they were demanding freedom from the occupation of Pakistan.”

The BNF chairperson claims that the Pakistani Army does not allow anti-Pakistan political activity in POGB, and has followed a policy of heavy repression and a covert policy to eliminate pro-independence activists. He has appealed to Anan to intervene and save the life of Sadiq Ali.

“I appeal to your honour, the civilised world and all human rights activists to save the lives of Sadiq Ali and others members of BNF, who are missing ever since the Pakistan Army kidnapped them from Skardu, Balawaristan (POGB) in the first week of January 2002. I also appeal to your honour, the UN, the UNSC (United Nations Security Council) and the civilised world that the will of two million people of this disputed and most deprived part of J&K; should be asked before any solution is imposed,” the letter says.

Khan wants the UN to intervene and set the guidelines for peace talks between India and Pakistan. He says the J&K; issue should be resolved by determining the will of all its five regions. “Neither Pakistan nor India should be allowed to tackle this issue along sectarian or religious lines,” he says. The five regions of
J&K; are:

The BNF wants the UN to ensure that no single region of the undivided J&K; should be given the right to decide the fate of the other regions. The BNF is fighting for the political and human rights of the nearly two million people of this disputed region since 1992. The Pakistan Government has also deprived the people of Gilgit and Baltistan of economic, cultural and legal rights. There is also no freedom of speech or right to free movement.

Khan highlights the repression in POGB by pointing out that not a single person in India is facing sedition charges despite an open separatist movement in Indian J&K.; This not only speaks volumes about the democratic nature of the Indian polity, but also demolishes much-bandied about charges of political repression in the Indian J&K.; Khan says, “The Indian government is providing security protection to the anti-Indian leaders of its held part of J&K.” 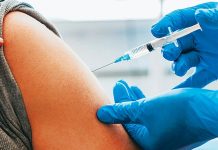 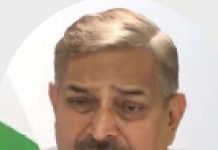