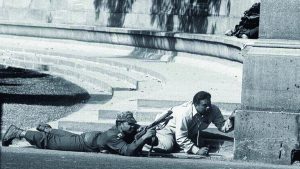 At the 74th Annual conference of the Federation of Indian Chambers of Commerce and Industry (FICCI) held in the Capital last week, Home Minister Lal Krishna Advani cautioned the country of a possible attack on Parliament by Osama bin Laden’s Al Qaeda network. Just a week later, we have a white Ambassador car, ironically with stickers connecting it to the home ministry, sneaking in (rather, driving in casually) as close to the building as any car can go, and firing 26 rounds from AK-47 rifles, and hurling 12 hand-held grenades at security personnel, bringing New Delhi to a virtual standstill. And all this, in spite of repeated warnings served to the government in the form of a series of audacious attacks on different critical locations in the city over the past year or so.

It started with the attack on the historical Red Fort in Old Delhi on December 22, 2000 by the dreaded Lashkar-e-Taiba outfit. Three persons, including a security officer at the venue, were killed in the shootout.

Following close on the heels of this incident, we had:

On April 10, 2001: Two bomb explosions at the North Block parking lot next to Parliament.

On May 2, 2001: A bomb discovered from the boot of a parked car at the city’s hub — the Connaught Place area.

On May 9, 2001: A severe bomb blast at the canteen of the Sena Bhawan, in which two persons were killed.

On May 20, 2001: A series of blasts at the Border Security Force (BSF) headquarters at the city’s highly sensitive Central Government Office (CGO) complex.

Minor blasts were also recorded this year in the highly populated marketplaces of South Extension and Lajpat Nagar in South Delhi this year. In the past, in 1987, explosions rocked Palika Bazar, damaging a portion of the underground shopping plaza, and inflicting injuries on many. In 1998, a blast occurred at the Jeevan Bharati building in Connaught Place, in which two persons died and 15 others sustained injuries. Palika Bazar was once again the focus of attention, when in 1991, three died of a bomb explosion in the parking lot. In 1994, two explosions at Odeon cinema hall left 19 persons injured, and some days later, an attempt by the Hizb-ul-Mujahideen outfit to bomb Regal cinema hall failed.

Then came the incident that created the biggest splash — the broad daylight murder of Samajwadi Party Member of Parliament Phoolan Devi in front of her ministerial bungalow in Ashoka Road. At the time, tehelka.com had reported that Delhi Cantonment area and the Indira Gandhi International Airport are vulnerable targets for terrorists. A former senior police officer had told tehelka.com that Parliament, among other places, is highly susceptible to such attacks.

He had said, “Chandni Chowk, Lajpat Nagar, North and South blocks, Parliament, army headquarters and the secretariat areas are the most sensitive. These places are not guarded as well as they should be. And it is not like the police have not been warned about them. You either target eminent personalities because their assassinations create ripples that last for a while, or you target crowded public places like markets and other areas. Say in Delhi, a shootout at Lajpat Nagar or Daryaganj would have an enormous effect. The idea is to instil fear in the minds of the public. That is what, historically, helps overthrow governments, and bring about change. Then you have national monuments and sensitive government institutions. Bomb them, and even if there are no casualties, the purpose would have been served.”

However, in spite of all this — the worldwide alert against terrorism and the obvious sensitivity of India to attacks from both Pakistan and outfits operating from Jammu and Kashmir — the government has refused to stare the threat in the face.

It doesn’t seem enough to just man the borders. Even as far as that is concerned, the Indian government has proved their complete inability to handle either peacetime or wartime preparedness. But coming back to the Capital, the security system is completely vulnerable to people with the “right” intent and the right logistical support. 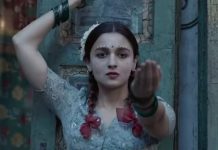 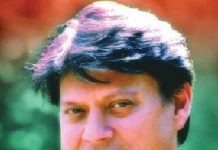