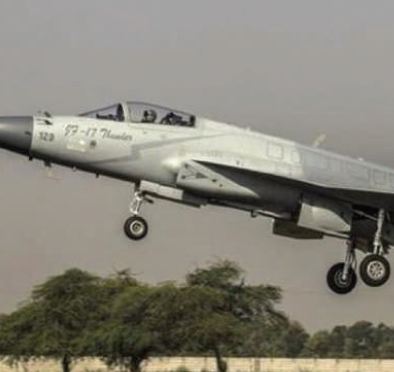 It was a little surprise for India when the Chinese air force fighters were allowed to operate from the military airport of Skerdu in the Pakistani occupied Kashmir.
With the mounting trust deficit between India and China, the new deployment took place amidst the marathon talks between the two countries on June 22-23.
India officially did not comment on the growing military alliance against her, but the world was not unaware of these developments. It only revealed closer ties between a repressive Communist regime and an organized mafia using Islam for its survival.
Meanwhile, Pakistan’s foreign minister, Shah Mahmoud Qureshi, a strong contender to replace Imran Khan as the prime minister, if and when an opportunity comes, has reaffirmed his country’s loyalty towards China. He blamed India for illegal construction of roads in Ladakh. He further accused India’s aggressive behavior towards its neighbors that could put regional peace and security at stake. In spite of the aggressive rhetoric, China is not satisfied with Pakistan for not opening a war front against India immediately.
The Pakistani army chief, General Qamar Javed Bajwa, has already held a series of meetings at the army headquarters (GHQ) during the past one week, which included the core commanders and the army and navy chiefs, but most of them appear to be reluctant to go to war with India. It is, however, difficult to predict how long the army would be able to resist the Chinese pressure.
Meanwhile, Zahid Hafeez Chaudhri, director-general of South Asia and SAARC in the Pakistani foreign office, has summoned Indian Charge d’ Affair, Gaurav Ahluwalia, to register a strong  protest on June 17. He alleged that the Indian security forces have violated the ceasefire by resorting to heavy artillery fire and using heavy-caliber mortars and automatic weapons. He further claimed that India has violated ceasefire as many as 1,410 times from January this year. As many as 12 died and 102 suffered grave injuries.
The Pakistani army spokesperson has declared that “Indian aggression aimed towards Pakistan will be responded with full capacity and no one should have doubt about this”.
We are ready to respond in any situation that India might create. Mainly the concerns of Pakistan is to preserve its internal and external security and sovereignty and the other to reserve its triumph in terms of CPEC as a party to the Chinese great economic project and security of CPEC is the biggest concern of Pakistan and China. The illegitimate constructions by India are the biggest concern for China especially because it’s a security threat for China’s road networks of Belt and Road Initiative and CPEC as well.

China is not contented with the Pakistani military doctrine of “Bleed India with a Thousand Cuts”. The Pakistanis are being told that if Nepal could assert against India, and the Indian response is just “reluctant to take any action against the Nepalese”, Pakistan should not be too cautious. However, the Pakistani establishment is being cautioned that a war front with India might push Pakistan finally in the lap of China. Najam Sethi, a senior journalist, has stated that it would be “fatal mistake” to abandon the US-led west and join China for ever. He is of the view that China would take another five years to become a financial power equivalent to USA. It is not known whether China would financially compensate Pakistan to snap its ties with the World Bank, IMF and the US supported other financial institutions.
In a bid to groom an effective orator and leader, Imran Khan, is being coached to give strong war speeches, but he is unable to concentrate on the text being prepared by the GHQ.
Bajwa’s another headache is the anti-Pakistan attitude of the Afghan Taliban leadership and the President Ashraf Ghani, who told the Pakistani military chief that he must restrain his goons, the “ISIS activities in Afghanistan”, who continue to attack soft targets. He was also told that the Pakistani accused of massacring Sikhs in a Kabul Gurdwara would not be handed over to Pakistan. He would be “tried and hanged” in Kabul only.
Bajwa was also surprised that Afghan Taliban, Abdullah Abdullah and Ghani have hardly any respect for jihadis from his country. It was the efforts of the Taliban that the killers of the Sikhs were traced and handed over to the Afghan government. Abdullah Abdullah and Ghani are on the same page, though they had fought election against each other for the office of the president.
Hussain Haqqani, Pakistan’s former ambassador to USA, who has refused to return to his country, has repeatedly warned the world that “Pakistan sees jihad as a low cost option to bleed India. The security apparatus views terrorism as irregular warfare. Islamabad feels this is the only way to ensure some form of military parity”. For Pakistan, it is the final call whether to continue the ongoing covert war or open war India having ramifications too horrible to imagine.
On the advice of the US peace envoy for Afghanistan, Zalmay Khalilzad in Islamabad, Bajwa had to make an unscheduled visit to Kabul. was accompanied by Inter-Services Intelligence (ISI) chief Lt Gen Faiz Hameed and Pakistan’s newly appointed special envoy to Afghanistan, Muhammad Sadiq.
Interestingly, USA, Afghanistan and China talk and discuss the issues relate to peace and war only with Bajwa. Imran Khan is just ignored. It was Bajwa’s decision to allow the Chinese fighter aircrafts at Skerdu.