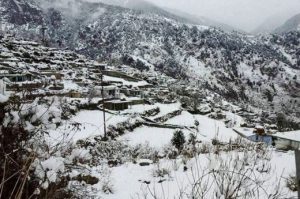 High altitude areas in the hilly districts of Uttarakhand received fresh snowfall and the lower areas were lashed by rains on Thursday, intensifying cold conditions across the state.

Many areas in Chamoli, Rudraprayag, Uttarkashi and Pithoragarh districts were laid under thick sheets of snow, it said.

The weatherman said that it has been raining intermittently in Dehradun since Wednesday evening and lower areas in the hills as well as the plains were simultaneously swept by showers, intensifying the chill.

Schools and colleges in several districts including Chamoli and Rudraprayag remained closed in view of the inclement weather.

According to the State Emergency Operation Centre here, the Sonprayag-Kedarnath trek route to the Himalayan shrine was closed after being clogged with snow.

Efforts are underway to reopen it at the earliest, it said.

The Met office has forecast heavy to very heavy snowfall at places located above 2,000 metres and moderate rains at most places in the state over the next 24 hours.

The weatherman has advised the administration to be alert in view of the bad weather. 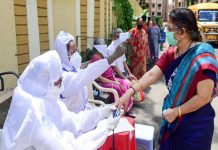 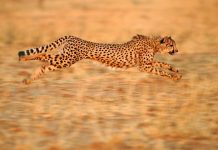