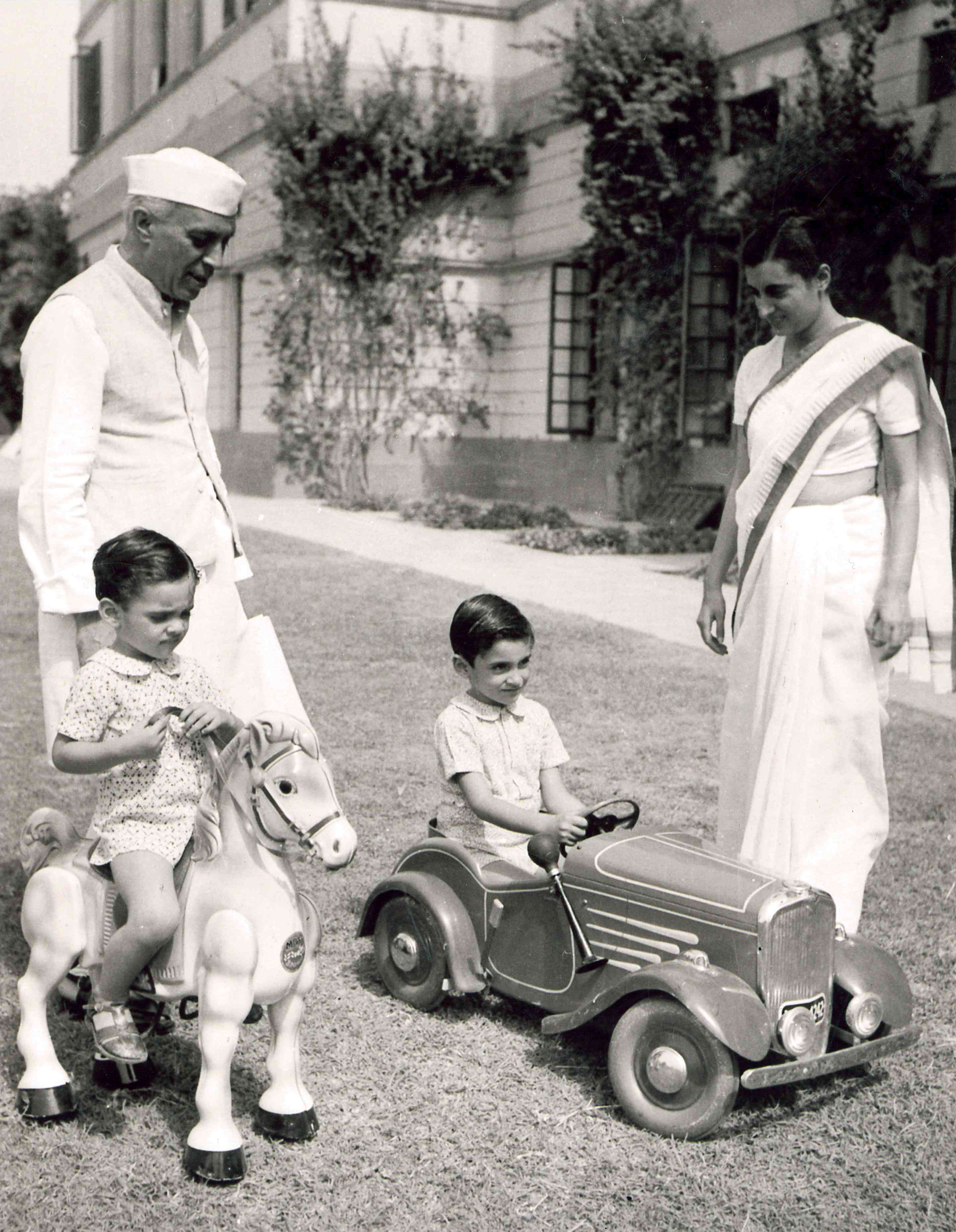 By opening Pradhan Mantri Sangrahalaya at the Teen Murti  Estate, Modi has rightly corrected the maths and instead of showcasing “one” Nehru, he has gone ahead and brought to the fore all 13.

Three Prime Ministers lay in state at the Teen Murti Estate: Jawaharlal Nehru in 1964; Indira Gandhi in 1984 and Rajiv Gandhi in 1991. Why them and not others?  By virtue of being a Nehru or a Gandhi their entitlement to the government owned sprawling mansion was perhaps greater than any of the others. Whether this is justified or not is of course another matter.

Nehru lived in Teen Murti House for over 16 years: as India’s first Prime Minister. After his death his daughter, Indira, was reportedly given less than 16 weeks to vacate what she, perhaps, thought would be her residence for life.

She panicked, understandably, because the then Housing Minister had, through officials, sought to know if they could begin removing the furniture.

The diminutive Lal Bahadur Shastri was the new Prime Minister and perhaps the Minister was in a hurry to have the place ready for him. But Mrs Gandhi did not see the palatial house as being one that was to be given back after her father’s death: it was perhaps one that she, to quote an insider, “viewed as an inheritance”.

Two things, however, worked to Indira Gandhi’s advantage: Shastri’s wife, Lalita’s reluctance because she considered the house to be “defiled”.  In her perception, several rituals had been given a go-by after Nehru’s death. She was, thus, superstitious about the house having  forebodings  which could adversely affect her husband.

In any case, Shastri had declined to move into Teen Murti Estate as a mark of respect to Nehru. Whether Indira Gandhi was instrumental in “drilling this sentiment” cannot be substantiated but there are reports that she was peeved at the thought of Shastri occupying a place where she and her “illustrious father” had spent well over a decade: “Nehru’s house could never be Shastri’s” to quote a loyalist adding that if that were to ever happen, it would be “sacrilege”.

On his part, Shastri volunteered to continue staying in the bungalow allotted to him as a Minister.

Indira Gandhi lost no time to form a Trust and with that she put into operation the move to dedicate Teen Murti to the “nation and the people of India”. This followed the setting up of the Nehru Memorial Museum and Library, better known as the NMML, which dominated a major part of the Estate. This was a crafty route to ensure that the property and premises remained a stranglehold of the Nehru Gandhi family.

And so it did, till Narendra Modi took over the reins of the country:  India’s fourteenth Prime Minister who decided to tinker with the legacy of India’s first family.

One cannot fault the BJP or those at its helm being irked at the Gandhi family appropriating History. By virtue of their long innings of governing the country, they loom large over India’s history. The Nehru- Gandhi family has ensured that its stamp remains on every important institution or government building, with all others being reduced to pygmies in the process of nation building.

While erstwhile non-Congress governments including the BJP’s under Atal Behari Vajpayee did not indulge in what they perhaps saw as a triviality, the current dispensation is going the whole hog to create a level playing field against the first among equals bid by Nehru’s heirs.

On the radar was the Teen Murti Estate and the decision taken by the NMML to have a museum of all Prime Ministers rather than letting Nehru tower above the rest.

Logically this fits in because even if undue credit is given to Nehru as a builder of modern India, it does not take away or undermine the contribution of those who succeeded him.

Critics have slammed the move because it brings Nehru down from the pedestal that has been created for him and puts him at par with his successors: something his heirs or the Congress Party is unwilling to accept.

It is perhaps for this reason that former Prime Minister Manmohan Singh, shot off a letter wherein he accused the government of what he termed as indulging in “revisionism” and trying to “obliterate” India’s first prime minister Jawaharlal Nehru’s legacy. 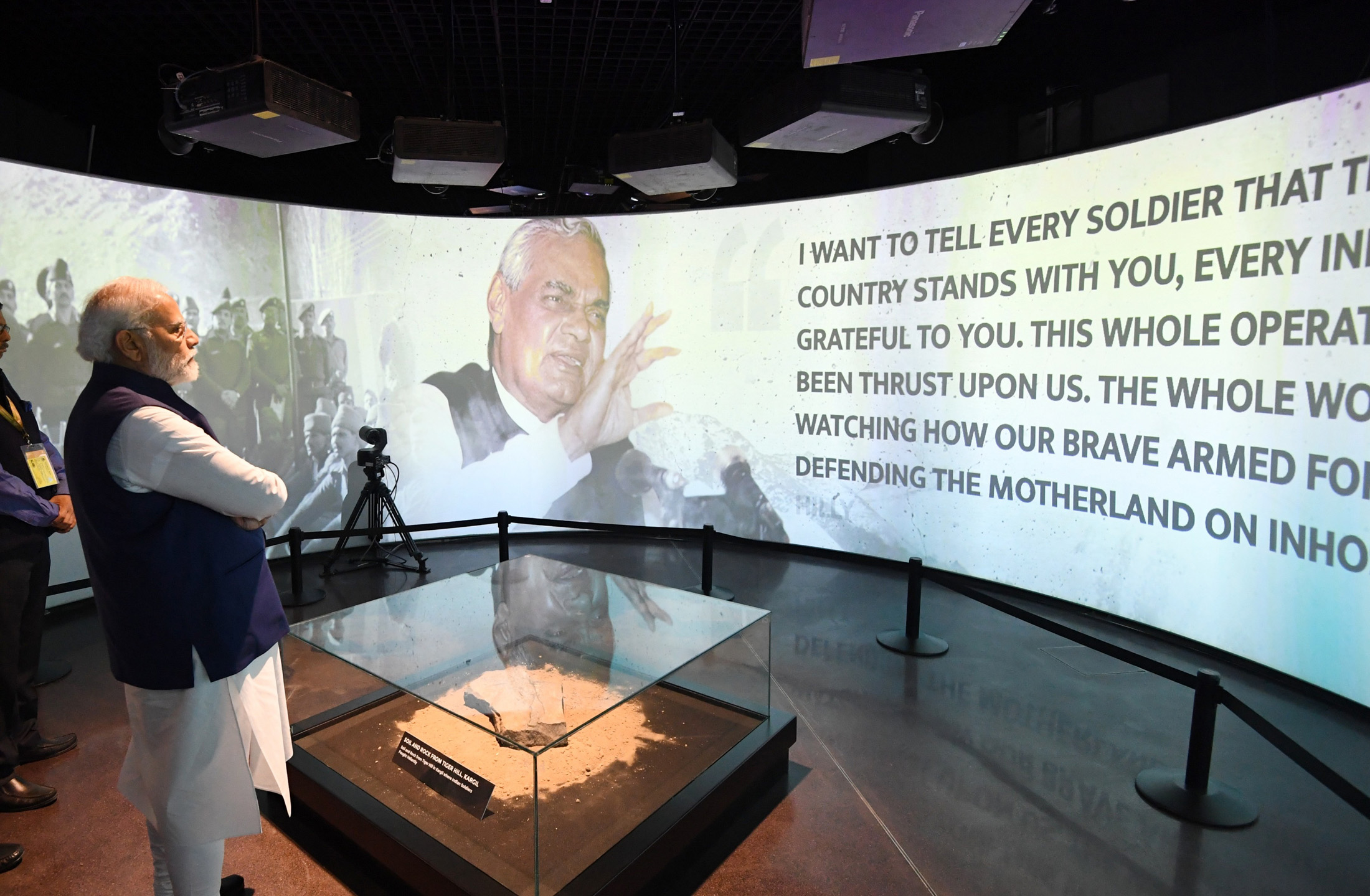 Viewing this from the narrow prism of the Congress, perhaps Singh and his colleagues have a point. To them Nehru is God and they imagine that every citizen of this country willingly pays obeisance to him. If they had their way, they would, perhaps, substitute surya-namaskar, with a reverence by every Indian to the Nehru-Gandhi clan before they start their day.

First family loyalists, as the Nehru-Gandhi clan has come to be known, have used the first occupancy argument whereby the official residence of the first Prime Minister should be converted into a  museum.

By that measure should the White House in the USA or Downing Street in the UK also be museums because they were occupied by the first President and Prime Minister, respectively?.

Another argument is that if Nehru’s legacy has an imprint then it should have left a mark on minds rather than being  “museum dependent” as it were.

The Congress angst, therefore, is a bit misplaced. It fails to answer how  accommodating other Prime Ministers,  and honouring their Memory undermines Nehru? It is not as if Nehru is being pushed out to make place for others. His place remains both in History and the museum so why grudge a little limelight for those who have remained unsung so far? How is Atal Behari Vajpayee any less than Nehru? His tenure as Prime Minister may have been short but his stature by no means is. That apart, why shouldn’t Prime Ministers other than Nehru stand to be counted? How right is it to push them into the background simply because of the devious game-plan that only one should hog the limelight on account of his being the first? This may be a good strategy for the Nehru-Gandhi clan but it certainly is lop-sided for those on the other side of the fence.

Therefore the Modi government took it upon itself to present the full picture to the future generations and give to the nation the macro feel of those who have governed independent India. This would also help redefine the country which was largely being mistaken as the Nehru-Gandhi fiefdom: quite like the Teen Murti Estate.

Therefore in April this year, well into his eighth year as Prime Minister, Narendra Modi changed yet another narrative. He set foot on the sprawling lawns of the Estate and bought the first visitor ticket to the Pradhan Mantri Sanghralaya or Museum for PMs.

The museum tells a story: it is a story of Indian Prime Ministers and their tenures: their challenges and contributions and the way they shaped democratic India. More importantly, it has retrieved the likes of Gulzari Lal Nanda: the forgotten acting Prime Minister Congress never  bothered to remember.

Integrated with the Sanghralaya, the Nehru Museum has also been upgraded. The state of the art museum has personal items, gifts and memorabilia, speeches of prime ministers and anecdotal representations. It also encapsulates different aspects of their lives spanned across themed galleries to be what one called  “a journey of experience”.

Simply put, the high-tech museum is a one-stop shop to get  first-hand experience, both visually and digitally, to get a sense of the vision, leadership  and  achievements of all Prime Ministers, Nehru included.  Clearly the theme of the Modi government is to give “equal representation” to all Prime Ministers without fear or favour, as they say.

And it is this that the Congress is unable to come to terms with: Nehru being robbed of the exclusivity and being positioned with all others. In their perception it is like pulling him down from a pedestal that, till the Modi government changed it, was beyond the reach of his contemporaries.

It is against this backdrop that the absence of Sonia Gandhi and her children at the inaugural must be seen. The invitation to the inaugural as a Congressman said was “an act of rubbing salt on wounds”.

On the yardstick of emotion, the Gandhis are right. But on grounds of propriety, the Modi government scores. There is little logic to “prefer” Nehru over others or accord him a status that is higher than his successors. He has rightly corrected the maths and instead of showcasing “one” Nehru, has gone ahead and brought to the fore all 13.

However to conclude that the BJP is devoid of a political game-plan would be rather simplistic. However credible and fair the Modi government may want to make this sound, it is quite clear that the current dispensation wants to strip Nehru of the grandeur that the Congress has for years bestowed on his rather exaggerated persona. And while doing so, it wants to demolish, if it can, every possible edifice brick by brick, if not physically then at least from the minds of average Indians. At the same time it wants to liberate India from the Nehru-Gandhi hangover. 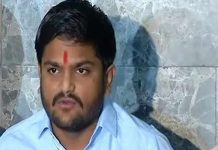