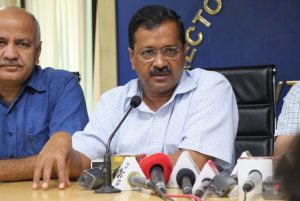 Delhi Chief Minister Arvind Kejriwal on Monday announced that women in Delhi will be allowed free travel in public buses and metro.

The chief minister said, the scheme to provide free rides has been announced so that women have safe travel experience in Delhi. This will ensure that women can access modes of transport which they were not able to, due to high prices.

Clarifying that subsidy will not be imposed on anyone, Kejriwal said, those women who can afford these modes of transport can buy tickets and forgo subsidy so others could benefit.

The expenses of the scheme will be borne by Delhi government, the chief minister said.

However, the scheme is just a proposal and has not been launched yet. Kejriwal said, adding to it “the officials have been given a week to come up with a detailed plan on implementing the proposal.”

“We are making an effort to start this within 2-3 months. We are also seeking suggestions from people regarding implementation,” Kejriwal added.