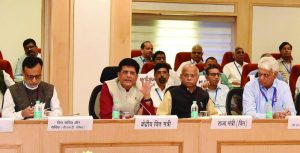 After much hue and cry by the opposition over “bail-in” clause in the legislation, the government, on August 7, finally decided to withdraw the controversial Financial Resolution and Deposit Insurance Bill (FRDI), 2017, from the Parliament. Depositors were worried that a proposed law would force them to lose their lifetime savings if their banks turn insolvent or bankrupt.

The government had an obligation to allay such fears but it acted only when the frenzy against the legislation reached the streets. It is the moral duty of any government at the centre to ensure that rightful savings of citizens are fully protected in case a bank goes down under bankruptcy. Secured creditors, who lend money against collaterals, easily get their money back in case of a default or when an entity goes bankrupt.  But, millions of savings accounts holders who deposited their lifetime savings in banks without any collateral were naturally aggrieved and concerned about their lifetime savings. They do so because they have trust in the robustness of Indian banks under the watchful eyes of the government. As such when the proposed legislation came into public domain, there was all-round criticism. The political class too raised its guns against the government.

The government has done well to nip the evil in the bud now and has withdrawn the proposed legislation — the Financial Resolution and Deposit Insurance (FRDI) Bill — to fully protect the public’s deposits in banks and financial institutions. The dangerous point of the proposed legislation was the “bail-in” clause, whereby, depositors’ money could be used to salvage a bank going bust.  At present, taxpayers do such “bailouts”. Let’s maintain the status quo if the government believes that there is no fundamental difference between the present and the proposed law. Public trust is the very basis of any government that comes to power and it has done well to retreat that now. That banks, by the very nature of their business, are essentially dependent on the funds deposited by the depositors but the later can’t be used to function like guinea pigs to offset the losses suffered by some unscrupulous bankers. So when a depositor fears that his or her hard-earned funds parked in a bank may be at risk from a law that allows these financial institutions to offset the loses,  the depositors would feel panicked. And this is what exactly happened in this case.

Union Minister Piyush Goyal has apprised the joint parliamentary committee that a “resolution of these issues would require a comprehensive examination and reconsideration”, and that therefore the government deemed it “appropriate” that the Bill be withdrawn. Idea is to ensure that such legislation is not attempted in the future by the government. We need a robust banking system and any measure that strengthens confidence in institutions like the Reserve Bank of India and public and private sector banks should be a matter to gloat over and laud the government. 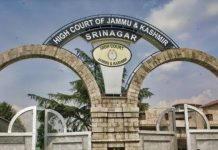