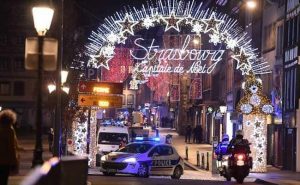 At least four people were killed and several others injured after a lone gunman opened fire in the French city of Strasbourg.

The incident happened near the city’s Christmas market which is frequented by thousands of shoppers in the weeks leading up to the national holiday.

The entire area has been cordoned off by the security officers, while the injured were transported to a local hospital center, news agency reported.

Authorities said that they had identified a suspect, and he had a criminal record.

As per the reports, police had exchanged gunfire with the suspect during the chase.

An investigation into the incident has been opened by French counter-terrorism prosecutor, said the Prosecutor’s Office.