HOSPITALS across Delhi, Mumbai, Chennai and Bengaluru have been struck off the list of facilities for cashless insurance — a move that will ultimately benefit policyholders. The companies — United India, Oriental Insurance, National Insurance and New India Assurance — are expected to blacklist more hospitals that, in collusion with third party administrators (TPAs), have been grossly inflating bills
Public sector general insurance providers account for close to 70 percent of the health insurance market, and between April and September 2009 they had together collected close to Rs 2,300 crore as health insurance premium. The insurers say they are more than willing to extend their Preferred Provider Network (PPN) — the number of hospitals that provide cashless transaction facility under the medical insurance policy. But the offer comes with a healthy rider: there must be transparency in the billing process
Insurance companies and leading healthcare providers, including Fortis Hospitals, Max Healthcare and Apollo hospitals, discussed the issue in Mumbai on July 13. The three, which are members of the National Committee on Healthcare of the Confederation of Indian Industries (CII), are among the hospitals removed from the PPN list on July 1.
“The hospital industry wants more hospitals to be included in the (PPN) list and we are open to it,” New India Assurance general manager S Gopalakrishnan told TEHELKA. “But we want more people included in the cashless facility category. The benefit should reach everyone and overcharging must end. If a hospital is found engaging in fraudulent practices, it will be struck off the list. If they comply, total transparency can come about in a year.”

The insurers’ message appears to have gone home, with the hospitals finally “showing keenness” to address the malaise. Even so, the gap between word and deed remains wide, and so far there is little on the ground to suggest they are as sincere as they are trying to sound. “We have kept our options open. These include reducing fees and various other charges, making billing transparent and helping insurance companies ward off losses,” says Max Healthcare Chief Executive Officer and Managing Director Pervez Ahmed. In the same breath, however, Ahmed claims he is “startled” by the sudden rap on their knuckles. “The unilateral decision is surprising. They held no negotiations on the issue. Individual customers are sure to find themselves in a soup.”
But the insurance companies say they stand by their July 1 decision, claiming that some hospitals charged higher fees from insured patients as compared to those without insurance. This was done through fraudulent billing, they claim — an allegation that gets progressively harder to counter.
Indeed, even Dr Naresh Trehan, chairman and managing director of Medanta Medicity, a Gurgaon-based specialty healthcare provider, says he does not rule out the incidence of fraudulent billing “in some cases”. “But it isn’t widespread,” he insists, adding, “What’s more, insurance companies have failed to establish that bills have indeed been manipulated.”
The insurers will have none of that, and insist they have a strong case. Counters G Srinivasan, chairman and managing director of United India Insurance: “Our claim payment ratio stands at 120 to 125 percent. In many cases we found the bills exorbitantly high and we had no option but to delist these hospitals from the PPN.” Even so, Srinivasanƒ says he understands the kind of problems that are likely to result from the blacklisting. “We will provide cashless transaction even in these hospitals in cases of emergency, and will also add more hospitals under the cashless transaction facility,” he assures.
According to data provided by the watchdog body, the Insurance Regulatory Development Authority (IRDA), the total claim ratio in the case of health insurance during 2008-09 stood at 105.95 percent as against 107 percent a year ago. This means that for every Rs 100 of premium collected, insurance companies paid out Rs 106.
Significantly, the claim ratio in the case of public sector insurers stood at 116.60 percent during 2008-09, as against 85.33 percent for private sector health insurance providers. And only the latter showed improvement in their claim ratios. The losers for the most part were the state-owned companies.
But neither IRDA, nor the General Insurance Council, the apex body of general insurers, is willing to intervene or mediate. While IRDA says the matter is outside its purview, Council secretarygeneral SL Mohan asks, “How can we step in till they approach us?”
THE HOSPITALS meanwhile keep parroting the old line — though every time they do so one detects an underpinning of caution. For, in the same breath that people like Ahmed of Max and Medicity’s Dr Trehan claim the move will only hurt the patients, they slip in the fact that they are not sitting by idly.
Says Dr Trehan: “To avoid that (fraudulent billing) we are ready to bring in more checks and balances, provided they (the insurance companies) also take some corrective steps.” He also wants frequent interaction between hospitals and insurers “to arrive at a mutually beneficial decision, which in turn would benefit policyholders”.
Asked why some hospitals charged higher fees, Dr Trehan sought refuge in an analogy, comparing roadside food with what is available in upscale establishments. “You may get equally tasty food at a dhaba as in a five-star hotel. But five-stars charge more, because they maintain hygiene. The same applies to hospitals. High-end hospitals focus a lot on cleanliness and take several precautions. It is therefore natural that their charges will be on the higher side.”
But it is not just government companies that are excluding hospitals from their preferred list. Bharti AXA, the private sector general insurance provider, too has trimmed its list of approved hospitals. “We found that some hospitals were fudging bills and so we removed these from our list. We have scaled down the number of hospitals we have a tie-up with to 3,800, down by 200. None of the big names have been excluded though,” says Bharti AXA Chief Executive Officer Amarnath Ananthanarayanan.
The only question nobody is asking is, should not the erring hospitals — big or small — be fined?
[box]
HOSPITALS VERSUS INSURERS
>STRUCK OFF
150 hospitals were removed from state-run insurers’ Preferred Partner Network (PPN) list starting July 1
> MARKET SHARE
Government-owned companies account for 70 percent of the health insurance market
> CLAIM RATIO
For government companies, it stands at 116 percent
> GENERAL COMPLAINT
Bharti AXA General too reduces the number of affiliated hospitals
[/box] 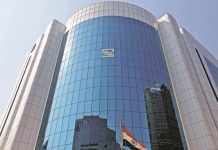