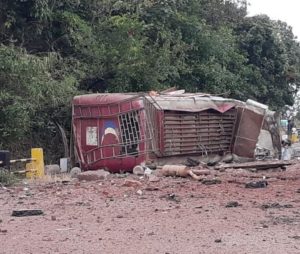 At least four people including CISF personnel and three civilians were killed in a blast triggered by Naxals in Chhattisgarh’s Dantewada district on Thursday.

The blast took place on a bus near Bacheli in Dantewada.

According to the reports, multiple casualties have been reported in the incident.

The injured were immediately rushed to the hospital.

Two other security officers were also injured in the attack and were rushed to a nearby hospital.

Reports said, the Doordarshan team was in Dantewada for election coverage.