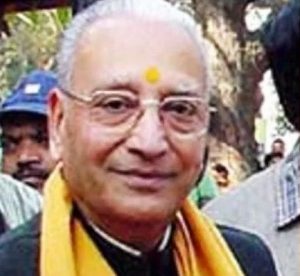 A renowned face of the Ram Janmabhoomi movement, Dalmia breathed his last on Wednesday morning at his residence in New Delhi.

Dalmia was the trustee of the Shri Ram Janmabhoomi Nyas and a member of VHPs central advisory board called the Kendriya Margdarshak Mandal.

“Dalmia had not been keeping well and was admitted to the Apollo Hospital after his health deteriorated. He was brought back to home on January 13 from the hospital,” the VHP said in a statement.