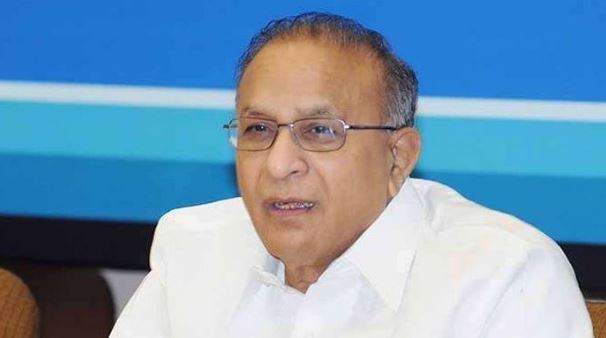 Former Union minister and senior Congress leader S Jaipal Reddy passed away at a private hospital in Hyderabad in the early hours of Sunday. He was 77.

According to the reports, Reddy was diagnosed with pneumonia for some time and had been undergoing treatment at Asian Institute of Gastro-enterology. On Saturday night, his condition turned critical and he breathed his last at around 1.28 am.

“Sorry to hear of the passing of Shri S. Jaipal Reddy, former Union Minister. He was a thinking person’s politician and an outstanding parliamentarian. My condolences to his family and many associates,” President Kovind tweeted.

The Congress, in a tweet, said it was saddened to hear the passing of Jaipal Reddy.

“We are saddened to hear of the passing of former Union Minister Jaipal Reddy. A senior Congress leader, he served as an LS MP 5 times, an RS MP 2 times and as an MLA 4 times. We hope his family and friends find strength in their time of grief,” the Congress tweeted.

Reddy served as Information and Broadcasting Minister in the IK Gujral government. He served as the Urban Development Minister in Manmohan Singh’s government. Later, he became the minister of petroleum and natural gas but was shifted to ministry of science and technology.