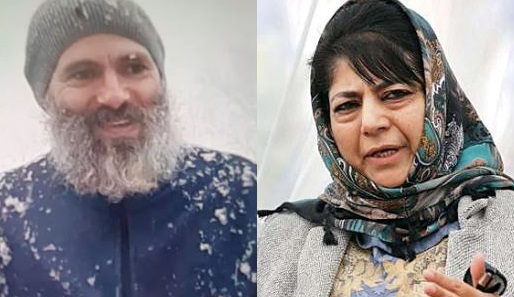 Former Jammu and Kashmir Chief Ministers Omar Abdullah and Mehbooba Mufti have been charged under the Public Safety Act (PSA).

They have already been under detention since August 5 in the wake of abrogation of Article 370 and bifurcation of the state into two union territories.

Two more leaders – Ali Mohammad Sagar and Sartaj Madhvi – have also been detained under the PSA.

Reacting on the development, Mehbooba Mufti’s daughter Iltija, who handles her Twitter account in a tweet said, “Ms Mufti received a PSA order sometime back. Slapping the draconian PSA on 2 ex J&K CMs is expected from an autocratic regime that books 9-year olds for ‘seditious remarks’. Question is how much longer will we act as bystanders as they desecrate what this nation stands for?”

Farooq Abdullah, Omar’s Abdullah’s father, was booked under the PSA last September and has been under house arrest since August.