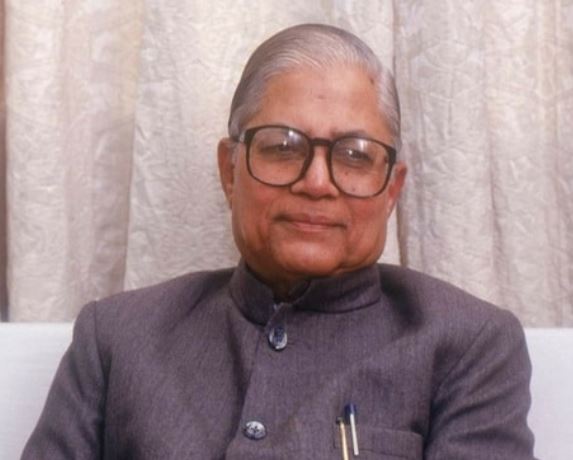 Senior Congress leader Madhavsinh Solanki, who served as former Chief Minister of Gujarat passed away on Saturday morning. He breathed his last at his residence in Gandhinagar.

“In the demise of Shri Madhavsinh Solanki, the nation has lost an unmatched leader. He will be long remembered as much for his role in shaping modern Gujarat as for his inimitable warmth, charm, and love for literature. My condolences to his family and well-wishers,” Kovind tweeted.

Prime Minister Narendra Modi condoled the demise of Solanki and said he was a formidable leader who played a key role in Gujarat’s politics for decades.

“Shri Madhavsinh Solanki Ji was a formidable leader, playing a key role in Gujarat politics for decades. He will be remembered for his rich service to society. Saddened by his demise. Spoke to his son, Bharat Solanki Ji and expressed condolences. Om Shanti,” Modi tweeted.

“Beyond politics, Shri Madhavsinh Solanki Ji enjoyed reading and was passionate about culture. Whenever I would meet him or speak to him, we would discuss books and he would tell me about a new book he recently read. I will always cherish the interactions we had,” Modi added.

Congress leader Rahul Gandhi said, “Saddened by the demise of Shri Madhavsinh Solanki. He will be remembered for his contribution in strengthening the Congress ideology & promoting social justice. Heartfelt condolences to his family & friends.”

Solanki was a two-term MP of Rajya Sabha from Gujarat and served as External Affairs Minister from June 1991 to March 1992.