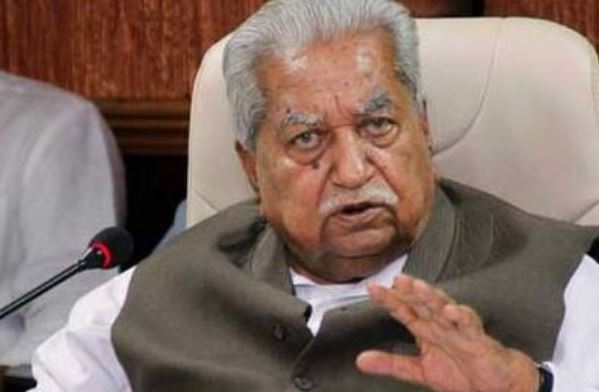 Former Gujarat Chief Minister Keshubhai Patel passed away on Thursday in a hospital. He was 92.

Patel had recovered from coronavirus recently and was rushed to a hospital in Ahmedabad today morning following health complications, sources said.

President Ram Nath Kovind said, “with the demise of Keshubhai Patel, the nation has lost a stalwart leader.”

“His long public life was dedicated to improving the lives of millions, especially in villages. As champion of farmers’ causes, he enjoyed extraordinary rapport with masses,” Kovind said.

“Keshubhai Ji’s dogged determination for social service and commitment to Indian ethos will remain exemplary for all. My condolences to his family and friends,” he added.

“Our beloved and respected Keshubhai has passed away…I am deeply pained and saddened. He was an outstanding leader who cared for every section of society. His life was devoted towards the progress of Gujarat and the empowerment of every Gujarati,” PM Modi tweeted.

“Keshubhai travelled across the length and breadth of Gujarat to strengthen the Jana Sangh and BJP. He resisted the Emergency tooth and nail. Issues of farmer welfare were closest to his heart. Be it as MLA, MP, Minister or CM, he ensured many farmer friendly measures were passed,” PM Modi added.

“Keshubhai mentored and groomed many younger Karyakartas including me. Everyone loved his affable nature. His demise is an irreparable loss. We are all grieving today. My thoughts are with his family and well-wishers. Spoke to his son Bharat and expressed condolences. Om Shanti,” the Prime Minister said.

Keshubhai Patel was Gujarat’s chief minister in 1995 and again from March 1998 to October 2001. Narendra Modi had succeeded him as state chief minister.