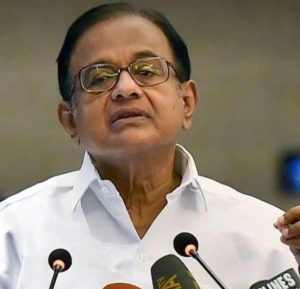 Former Finance Minister P. Chidambaram on Wednesday raised questions in a series of tweets about what caused the change in the “declared goals” of the Goods and Services Tax (GST) regime and why it was being changed.

Chidambaram said in a series of tweets that till yesterday a single standard rate of GST was a stupid idea, capping GST at 18 percent was impracticable.

“Until yesterday a single standard rate of GST was a stupid idea. Since yesterday, it is the declared goal of the government!” Chidambaram said.

“Until yesterday capping GST at 18 per cent was impracticable. Since yesterday, the Congress party’s original demand of an 18 per cent cap is the declared goal of the government!” he added.

Former Finance minister said, “Until yesterday, the Chief Economic Adviser’s RNR report to fix the standard rate at 15 per cent was in the dustbin. Yesterday it was retrieved and placed on the FM’s table and was promptly accepted!”

The former Union Minister’s tweets came barely two days after Finance Minister Arun Jaitley on December 24, hinted that the country might eventually have a single standard rate of GST, adding that the 28 per cent slab would soon be phased out, except on luxury and “sin goods”. 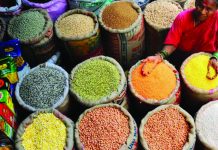