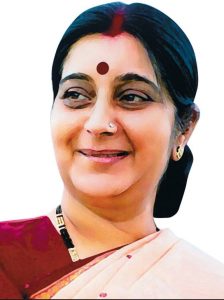 Former External Affairs Minister and senior BJP leader Sushma Swaraj passed away at AIIMS in New Delhi on Tuesday. She was 67.

According to reports Sushma Swaraj was admitted to AIIMS earlier today after she suffered a massive heart attack.

In her last tweet, Sushma Swaraj congratulated and thanked Prime Minister Narendra Modi and Home Minister Amit Shah about the government’s move on Kashmir and said that she was waiting to see this day in her lifetime. 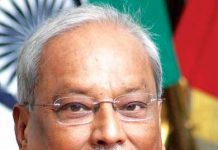