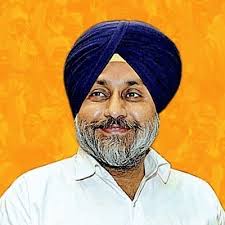 The incident took place at Killianwali village in Muktsar district of Punjab during Zila Parishad and Panchayat Samiti polls in the state.

The victim identified as Jatinderpal Singh, alleged that he was thrashed by a group of Akali workers led by Badal, his vehicle was also damaged and he received life threats, police said.

The complaint also said that Shiromani Akali Dal (SAD) workers pelted stones at him and his associates.

Meanwhile, former Punjab deputy chief minister Sukhbir Singh Badal said a false case has been registered against him and his party workers.

The counting of votes will take place on September 22.