Former Maharashtra Chief Minister Devendra Fadnavis on Monday rebuffed the claims made by BJP leader Anant Kumar Hegde that Fadnavis was made chief minister of Maharashtra for 80 hours to protect Rs 40,000 crore in central funds and return it safely.

Fadnavis said that no such major policy decision was taken by him during his short term as chief minister.

“Not a single penny from Maharashtra got transferred to GoI. No rupee from Maharashtra has gone to the center. The question of asking for it by the central government does not arise!,” Fadnavis said.

Earlier in the day, Hegde said, Fadnavis was made Chief Minister in a surprising turn of events and within few hours of him assuming the position, Rs 40,000 crore meant for state development was moved back to the Centre.

Hegde further said that the funds were moved back so that the Congress, Shiv Sena and NCP could not misuse it.

However, it did not go down well with Sena leader Sanjay Raut and he called it a ‘treachery with Maharashtra’.

Moreover, NCP leader Nawab Malik demanded a probe into the matter. He said, “this is an injustice done by the Center not only to Maharashtra but also to the States. If the allegations are found true, then the PM will have to resign.” 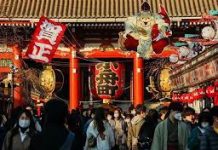 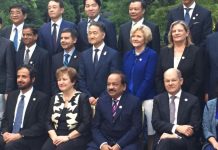