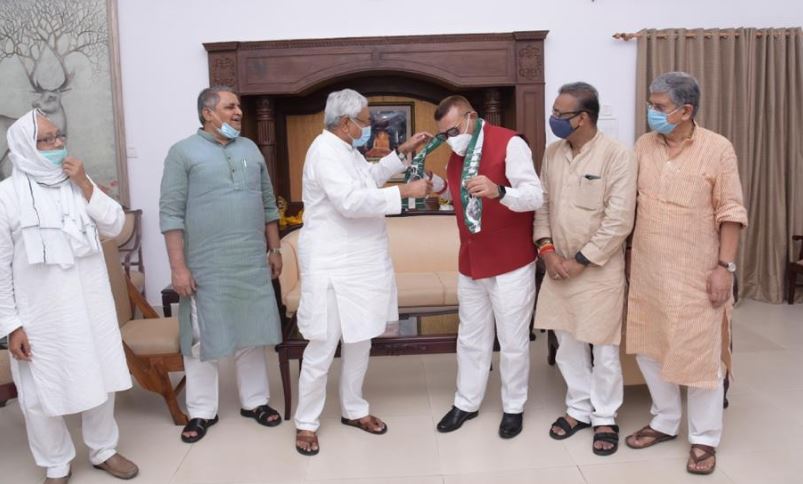 Pandey met chief minister Nitish Kumar at the party office on Saturday, triggering speculation that he might join politics.

Gupteshwar Pandey took voluntary retirement from service on September 23. The 1987-batch IPS officer, was due to retire in February next year.