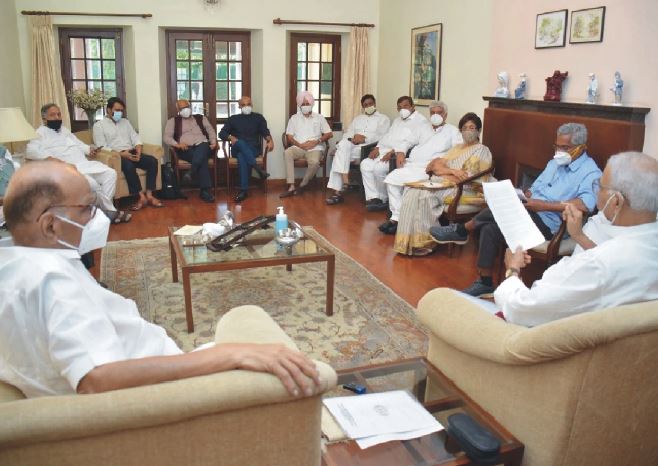 Poll winds appear to have started blowing with hectic backroom parleys taking place in the opposition camp to forge a national anti-BJP front for the 2024 Lok Sabha elections.

There have been attempts to forge opposition unity in the past but still there is no solid alternative the voters can identify with. Some poll pacts were formed in the past keeping in mind state-level factors but there is no functional national alliance.

Though the idea of a federal front of regional parties, also referred to as the third front, has been discussed for long, it again came into focus as veteran Maharashtra politician and Nationalist Congress Party chief Sharad Pawar convened an opposition conclave at his Mumbai residence on June 22.

The meeting invited immediate attention among the political watchers as it came soon after poll strategist Prashant Kishor met Pawar twice over the past fortnight.

Interestingly, both Pawar and Kishor played down the event saying the meeting did not aim at any third front sort of grouping and that such an alliance was not feasible to take on the saffron party.

Yet, the get together gave broad indications that the opposition parties were trying to move ahead with their proposed unity plan for the 2024 poll battle. More so, with a wily politician like Pawar organizing the meet.

As the Congress was absent at the conclave, the get together may be an indirect message to the grand old party while also to the BJP.

Kishor said his one-on-one meetings with the NCP chief were for both men to get to know each other better. They had hardcore political discussions, going state-by-state to explore the possibility of what will work in the fight against the BJP and what won’t.

While Sharad Pawar was clearly in the lead to unite the opposition forces, he was joined by an interesting leader. Former finance minister Yashwant Sinha, who recently quit the BJP to join the TMC, also took part in the opposition conclave at Pawar’s residence.

Sinha had floated the Rashtra Manch in 2018 as he had been marginalized in the BJP.

“Yashwant Sinha heads the Rashtra Manch. He asked to meet with Pawar. So, the meeting is an initiative of the Rashtra Manch,” said NCP leader Praful Patel distancing the party from the gathering.

Shiv Sena’s Sanjay Raut said: “I don’t believe this is an opposition gathering because it doesn’t have Shiv Sena, Samajwadi Party, BSP and Chandrababu Naidu’s TDP. Maybe this is the first initiative to bring the opposition together.”

Former Janata Dal-United leader Pawan Varma said the Rashtra Manch was not a political party but a forum to discuss contemporary political issues and hence if a meeting was happening under its aegis, too much should not be read into it.“We invite members from different parties and walks of life, except the BJP,” Varma said.

Hints of an opposition formation had started coming after the recent West Bengal assembly results in which Chief Minister Mamata Banerjee won a third consecutive term.

For the opposition parties, the big takeaway from the West Bengal elections is that the BJP can be defeated. The state elections were a shock for the BJP, which had put massive resources into the poll campaign led by PM Modi and Union home minister Amit Shah.

Banerjee emerged as an icon by single-handedly defeating the Modi-Shah duo who tried hard to dislodge the Trinamool Congress chief.

Sharad Pawar had suggested Mamata pursue a national anti-BJP front during the West Bengal elections when the chief minister had sought his counsel over the deputation of three IPS officers.

The Centre had asked the three IPS officers to return to New Delhi after their names had figured in a case involving an attack on the convoy of BJP president JP Nadda in Kolkata. 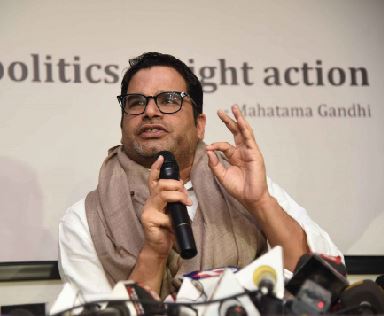 Kishor’s meetings with Pawar created a buzz in the political circles as he had announced before the West Bengal Assembly contest that he would quit the role of a poll strategist after the elections.

Kishor, who crafted the TMC 2021 poll strategy, later quit as head of the Indian Political Action Committee, whose contract has been extended for another three years by the state government.

Besides TMC, Kishor also worked for the DMK-Congress alliance in Tamil Nadu which won the polls. Interestingly, Kishor had worked as a strategist for BJP PM nominee Narendra Modi in 2014.

He had advised Punjab Chief Minister Amarinder Singh in 2017 and also worked with Congress-Samajwadi Party in UP in 2017 but without any success.  He also ensured victory of YSRCP in Andhra Pradesh. Kishor is now believed to be working for the formation of a national anti- Modi front for the 2024 Lok Sabha elections.

Before the bigger battle in 2024, the  opposition parties discussed the possibility of putting up a joint fight against the BJP in the 2022 Uttar Pradesh assembly polls.

The BJP has of late faced some problems in UP over the handling of the Covid-19 crisis and is trying to make amendments. PM Modi recently made his former aide AK Sharma as vice president of the state unit while BJP made former Congress leader Jitin Prasada, a Brahmin, to join it.  Prasada is now touring the Terai belt in the state to mobilize support among his community.

Modi represents Varanasi constituency in the Lok Sabha and Mamata Banerjee has already declared that she will contest against the PM from there in the 2024 national polls.

There have been reports that some sections of the BJP might be quietly backing Pawar’s plan to forge opposition unity.

Still, it would be important for the opposition to rope in the regional strong players SP, BSP and RLD in any proposed anti-BJP front.

SP Chief Akhilesh Yadav has already declared his party will have no tie up with either the Congress or the BSP and will fight the 2022 assembly polls alone. SP had joined hands with the Congress in 2017 but ended up with 47 seats while the Congress got just seven seats.

The Congress is a small player in the state and is trying hard to regain lost space.BSP chief Mayawati, whose party could win just 19 seats in 2017, too is reportedly chalking out her own plans for the next year’s electoral battle.

The issue of who will lead the opposition grouping often comes up in discussion with too many claimants for the job. The BJP uses the issue to target the opposition saying its rivals lack a face who could match Modi.

Without naming the Congress, which considers itself to be the normal anchor of any opposition grouping, Sinha said there was no point waiting for someone to take the initiative in uniting the opposition. It is often said that Mamata has an excellent rapport with Congress chief Sonia Gandhi but is not comfortable with Rahul Gandhi.

The Congress and the TMC could not come together in West Bengal as the grand old party joined hands with the Left parties, who don’t want to work with Mamata. The Congress also does not trust the Aam Aadmi Party though Delhi Chief Minister Arvind Kejriwal has good rapport with Banerjee.

Sinha expressed hope that the Congress will join their front as it was the only national party in the opposition camp. But it was for the Congress to decide, he said.

The need of the hour, said Sinha, was to avoid falling into the trap of the question of who will lead the opposition front. Kishor too had opined that the Congress had a problem and should try to address it. 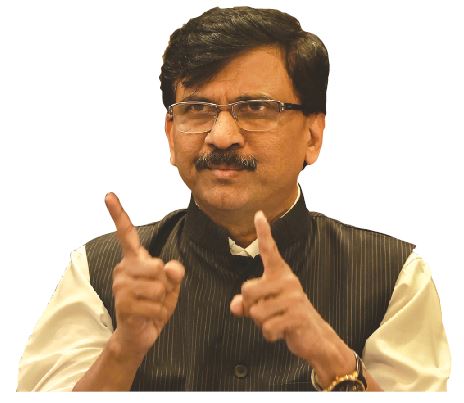 The Congress role has also come into focus given the recent disturbances in the Shiv Sena-NCP-Congress government in Maharashtra. Congress state unit chief Nana Patole recently said his party will contest the Bombay Municipal Corporation elections as well as the assembly elections alone and that he was ready to be chief minister if the high command wanted it.Both Pawar and Sena leader Raut then responded by saying the remaining two parties will have to chalk out a plan if the Congress wanted to go solo.

Soon after, Patole clarified that the coalition government would complete its full term but it had the mandate for only five years. The recent meeting between Maharashtra Chief Minister Uddhav Thackeray and PM Modi had also created a buzz within the alliance that something might be cooking between the two former allies. Pawar had played a role in forging the Shiv Sena-NCP-Congress coalition in Maharashtra.Before the West Bengal poll, the Congress had been miffed over some suggestions that Pawar should be named the anchor of the United Progressive Alliance instead of Sonia Gandhi.

Sonia had led the UPA from 2004-2014 and till 2017 when Rahul became Congress president. He quit in 2019  taking responsibility for the party’s poll debacle but is widely believed to be back whenever internal elections are held.  However, along with the Congress, the next generation of leadership has taken over regional parties like the SP by Akhilesh Yadav, Rashtriya Janata Dal by Tejaswi Yadav, and DMK by Stalin, who find the going easy with Rahul. These regional leaders have worked closely with Rahul over the past years, UP in 2017, Bihar in 2020 and Tamil Nadu in 2021 but a section of seniors have been miffed over the former Congress chief’s style of functioning.

Stalin, who recently met PM Modi, had a detailed meeting with both Sonia and Rahul where the leaders pledged to strengthen the DMK-Congress government in Tamil Nadu.

The regional players have also been toying with the idea of a federation of state parties, probably without the Congress, but still need to have a common minimum programme to come together. This will allow them to present an effective counter to the BJP.

The Opposition usually puts up a show of strength during the Parliament sessions which are short-term, issue-based protests. However, the challenge for them is to go beyond and hit the streets together.

Also, to work out a platform and stick to it for three years, would be a challenge for the regional parties who want to keep their equations with the Centre independent.

For parties which contest against each other in states, being part of a national alliance would be difficult in the absence of a well-defined goal as voters may want to know their respective positions on various issues.

Further, to bring diverse regional parties under a single umbrella would require the presence of a veteran politician respected and trusted by all. Again, whether the job would be given to a single person or a group of them, remains to be seen.