A big victory for the tree fighters. Forest department has imposed a penalty of Rs 60,000 on CPWD for violating the High Court stay order and going ahead with the felling of trees despite the ban. Notices were issued by Forest department to NBCC and CPWD for violating court orders after  Citizens4trees complaint to the Ministry of Environment and Forest. On the orders of the Ministry, forest officers went with the team members of Citizens4trees to the construction sites at Netaji Nagar and Thyagraaj Nagar and they acknowledged that the violations were happening.
After the forest department issued a notice to NBCC and CPWD regarding the violations, both came into swift action and within two days debris were removed which was earlier killing the trees. The condition of the trees is better now. Prerna Prasad who initiated this campaign expressed her happiness to see the chocking trees being relieved now.
Prerna Prasad, Balram Choudhary, Veer Mahendra Singh, Champa and many others have been continuously involved in keeping a vigilance on the condition of trees.
The patrolling team has so far filed four police complaints against the violation of court orders to not cut a single tree. Balram Choudhary who has been actively involved in saving trees said, “Both police and court must take cognisance of the matter as DCF South has taken a strong decision against the wrongdoers and the court also must act upon them.” 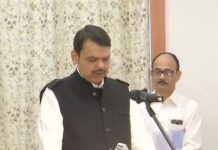