Ravi K Mehrotra, Founder and Executive Chairman, Foresight Group  International said, “We have previously made an investment of around $350 Million in cyber rigs which are working with ONGC & US$ 30 million in Pavers England braded retail, Group’s joint venture with Pavers Limited UK which was India’s #1 FDI for single brand retail.  Having this investment done, India will contribute to up to 44% of our global operations and we are bullish to see an increase of 55 % increase by 2025.”

Hitendra Solanki  who has joined Foresight Group as the India Head of LNG and Ports, observed, “Foresight already has a strong brand recall in the shipping and off-shore drilling sectors globally and the operational investment is a testament to the continued legacy of the company as it plans to expand its service portfolio.”

The diversified group, which began in London in 1984 by the humble beginnings of one man, is headquartered in London and has set Dubai, U.A.E as its global operational base for the conglomerate, which has operations across Europe, United Kingdom, China, India, Cyprus and Middle East. Foresight Offshore Drilling has been developed as an outcome of recent consolidation and acquisition of assets, talent and experience. Having dipped its hull in the oil exploration and drilling industry in1989, it began to shift its focus into offshore drilling, which is now one of the flagship divisions of the group. 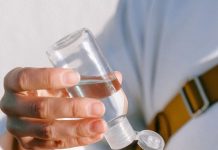