With the latest clearance of the Cabinet proposal, foreign airlines can now own up to 49 percent stake in national carrier Air India.

The move comes at a time when the government is working on the modalities for strategic disinvestment of the loss-making Air India and is expected to attract more bidders for the airline, reports said.

While allowing foreign airlines to have a stake in Air India, the government has also reportedly made it clear that the national carrier’s substantial ownership would remain with Indian nationals.

The Cabinet, chaired by Prime Minister Narendra Modi, has given its approval to a number of amendments in the FDI policy, including those pertaining to Air India.

Now, foreign airlines have been allowed to have up to 49 percent stake under the approval route in Air India subject to certain conditions, the company said in a statement.

Foreign airlines were allowed to invest under government approval route in the capital of Indian companies operating scheduled and non-scheduled air transport services, up to the limit of 49 percent of their paid-up capital, the reports pointed out.

The provision was not applicable to Air India. “It has now been decided to do away with this restriction and allow foreign airlines to invest up to 49 percent under approval route in Air India…,” the release said.

Foreign investments in Air India, including that of overseas airlines, should not exceed 49 percent either directly or indirectly.

“Substantial ownership and effective control of Air India shall continue to be vested in Indian national,” the release said.

A group of ministers is in the process of finalising the contours for the proposed strategic stake sale in the national carrier and expression of interest is likely to be invited from bidders soon.

Last year, the Cabinet Committee on Economic Affairs (CCEA) gave its in-principle nod for the strategic disinvestment of the airline.

Under a turnaround plan approved by the previous UPA regime, Air India is to receive up to Rs 30,231 crore from the government subject to meeting certain performance thresholds.

The ten-year bailout package began in 2012, the reports said. 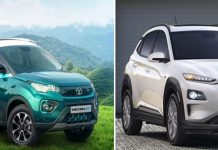