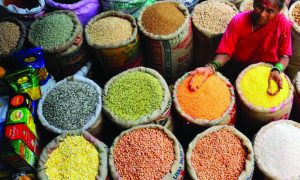 Notwithstanding with the people’s fundamental right to be free from hunger and to consume safe food, free from toxics, pesticides, other micro-biologicals, chemicals and physical contaminants, the air we breathe, the water we drink and the food we eat contain residues of pesticides. Adulteration of food is caused by sand, stone, chalk powder, mineral oil, coal tar, dyes, arsenic, lead, mercury, pesticide residues, larvae in food, rampant use of formalin in fish, infection by rodents, insects in the form of excreta etc.

Over-use of pesticides in farming, its residue in food chain, poor sanitation in food market, cold storage, adulteration of food items including soft drinks, packaging and transportation are major threats to food safety. As a result, there are severe health hazards like rapid increase in serious diseases like cancer, ulcers, asthma etc. and deaths due to such diseases. All these because of unsafe foods. Common adulterants are urea/detergent powder in milk, animal fat in ghee, brick powder in red chilly powder, chicory in coffee, papaya seeds in black pepper etc. used by unscrupulous traders for sheer profiteering with the connivance of greedy and corrupt law enforcers that pose health hazards to consumers.

Even setting up of a regulator, the Food Safety and Standards Authority of India (FSSAI) has not been helpful except that there has been labeling of food items including processed foods and soft drinks indicating ‘FSSAI Approved’ with no further and continuous checks and balances. Consequently, manufacturers and traders continues to play havoc causing irreparable health hazards to the people. Food adulteration together with air and water pollution in the backdrop of very poor public health care infrastructure has dented people’s income and assets as major portion of their earnings is spent on medicare.

Extent and gravity of food adulteration can be gauged in the light of massive corruption in food business compounded by a rampant collusive culture of corruption at all official levels with no accountability, whatsoever. Both the Union and State Governments are lax with no public concern in the matter. Unless accountability of public servants is fixed by amendments in Article 311 of the Constitution of India, no fruitful public good can be expected in the present system. At the same time, a law of torts (negligence) be legislated to make people in all walks of lives accountable as also safety clauses in all laws which protect public servants for action taken in good faith be abrogated to make them accountable to the people at large, to stem the rots in public administration.

An inquiry in the union Ministries of Health, Food Processing, and Food & Consumer Affairs elicited nil response on the gravity of the growing menace of food adulteration in the country. Nevertheless, to improve the situation greater consumer awareness is called for. Consumer literacy needs to be increased for better awareness of consumer rights and responsibilities. Regular inspection of food outlets to keep premises free from infestations of food bacteria is need of the time. Mass media need to be tapped to make people aware of the menace of food adulteration.

Street food vendors are another source of adulterated food because of their exposure to air and water pollution over and above the normal food adulteration. Added to this, unsafe drinking water is a major health hazards and cause of food adulteration. Woe of food adulteration is continuing unabated as 30 mega food parks sanctioned long ago are yet to be functional across the nation to maintain a modicum of hygienic and unadulterated processed food. Even reverting to organic farming is no option as it is not remunerative to farmers and the cost of organic food products is too high.

There is need for scientific studies by the National Institute of Health & Family Welfare and Indian Council of Medical Research to find out dimensions of food adulteration and remedial measures with the FSSAI taking more and more samples for testing and punitive actions, lest it should be continuing all hunky dory paper work with no end to public suffering from food adulteration! 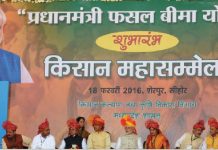 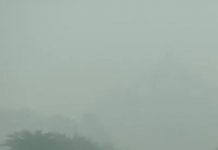