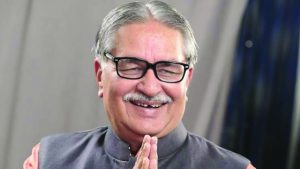 A much concerned Chaudhary Laxmi Narayan Singh, Cabinet Minister for Dairy Development and Minority Welfare believed that the culture and development work of Braj and Bundelkhand have been pushed to neglect and it is time that these places are taken into account and things are set right to promote and preserve its history. Singh said that lots of efforts are being put in by both the culture and the tourism departments of the state to ensure that the art and culture and the religious significance of these regions are restored to the fullest.

“Lord Krishna and Radha have not given their rightful share in and it is time that they are promoted as centres for cultural and tourism,” he said. He emphasised on this point that without Brajbhasa no Bollywood film is complete and yet Braj bhasha is utterly neglected.

The minister expressed the fear that if the government does not act now and take steps for the preservation of many arts forms UP will lose them. He cited the example of the now near extinct of algoza –a double flute, wind instrument made of bamboo. The instrument working on the principle of the bagpipe is a difficult instrument to play and requires a lot of practice. It was once very much in vogue in North India, especially in Mathura but has now almost vanished. The minister said sustained efforts have to be made to revive this instrument.

He even bemoaned the fact that there are very few Ala singers now. He said that his government is trying to locate them and trying to promote this art form through various cultural promotional channels. are now not are being brought to the cultural front and are being promoted. He said that ‘Nautanki a popular folk theatre performance which was in the pre-Bollywood days one of the biggest entertainer in villages and small towns has almost faded away.

The minister who also dons the cap of minority welfare spoke about the work done by the BJP government for the welfare of the minority. Laxmi Narayan accused the previous Samajwadi Party government of Akhilesh Yadav of cheating the masses in general and the minorities in particular. He said during this government there has been a substantial rise in the number of Madrasa students given scholarships. There are 4,615 fully funded Madrasa in UP and o9ut of which the government supports the salary of three staff members in 6,000 Madrasa.

He said that the government has come down heavily on those running Madrasa on paper and usurping government aid for non-existent institutions. In the dairy development sector he said the department has made major strides. From 1.75 lakh liters production per day when he took over to nearly 6 lakh liters per day has been a big stride. He said women-run milk dairies are being promoted by the government. He cited the example of Shahjahnpur where there is a all women dairy which is doing well. 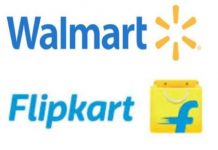