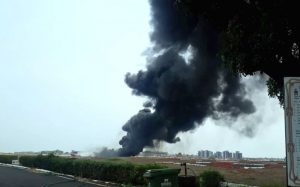 Flight operations at the Goa’s Dabolim International Airport have been resumed after being suspended temporarily on Saturday afternoon.

The airport was shut temporarily in view of a fire that caused by a drop tank of MiG 29K which got detached whilst taking off.

“#GoaAirport closed temporarily for a few hours view incident of fire caused by a drop tank of MiG 29K which got detached whilst taking off. All efforts in hand to resume flights ASAP. MiG 29K fighter ac is safe,” Nav spokesperson earlier tweeted.

The incident was reported in the afternoon after a portion of the main runway of the airport caught fire.

No one was injured during the incident, said reports.

Few commercial and civil flights were diverted and some departures slightly delayed due to the incident.

Earlier Goa Airport said in a tweet, “Due to jettisoned fuel tank on runway during MIG sortie the operations are closed for two hrs at Goa airport. Pl bear with us.” 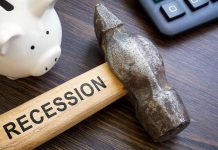 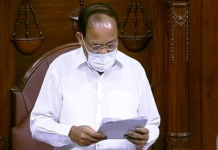