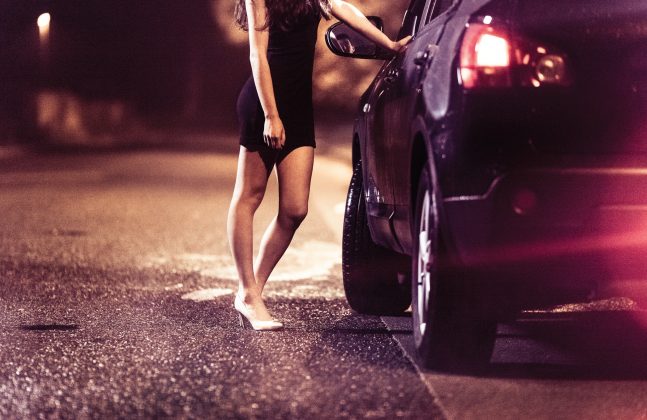 It was a Covid time in India. The country was witnessing a sharp dip in coronavirus cases. The lockdown was gradually lifting from the country. We were on an official visit to West Bengal’s capital Kolkata. According to my source, despite being a sensitive place, Kolkata airport has some stories. Unfortunately not positive but negative stories. But which in the interest of the nation and for the general public, need to be told.

Soon, one fine morning after the breakfast, we went to Kolkata airport for the story. The aviation was in revival mode in the country after a pandemic year. And so were the touts on the ground. The Kolkata airport was bustling with activity. Passengers were running here and there looking for taxis. Gangs of illegal taxi operators at Kolkata’s airport had also made a comeback. They were seen running behind passengers, trying to lure them to prostitutes. Just at that time, at an arrival gate number 5, for the international passengers, Tehelka reporter met Sanjiv, who was a tout and a taxi operator by profession. We posed as businessmen to Sanjiv. Immediately after learning that we are from Delhi and have come to Kolkata for some business engagement, Sanjiv offered us minor girls in the age group of 14 and 15 for sex and massage. “I will give you minor girls for sex and massage, in the age group of 16 and 18. If you need more younger, than I can also fetch 14 and 15 years old girls for sex and massage for you,” said Sanjiv.

After this, Sanjiv had a detailed discussion with Tehelka reporter. Giving him a variety of offers of sex and massage with minor girls. 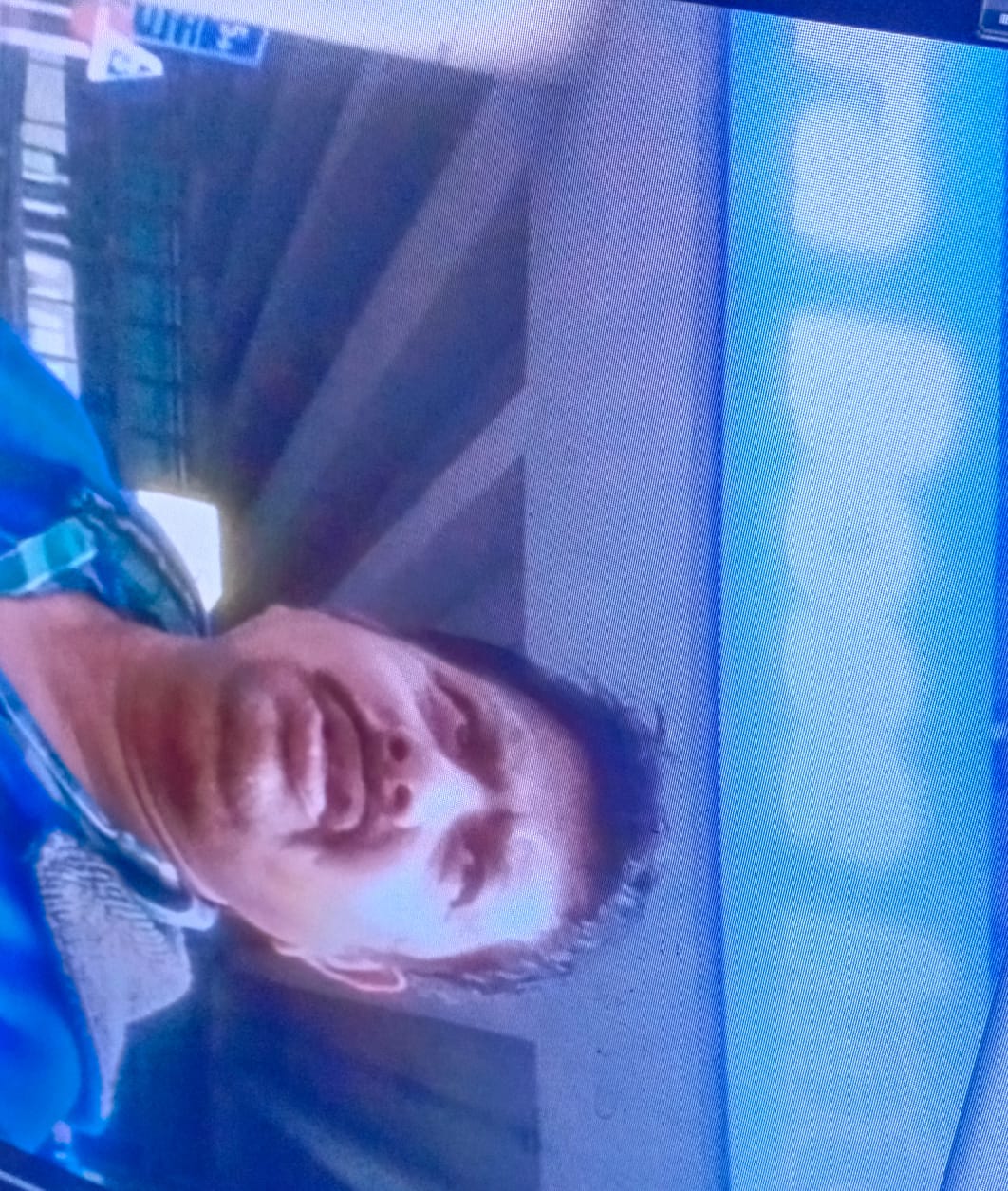 [ Sanjiv assured us that we will get minor girl of 14-15 years of age for sex and massage. He assured that if we do not get the minor as promised by him, he will not take money from us] 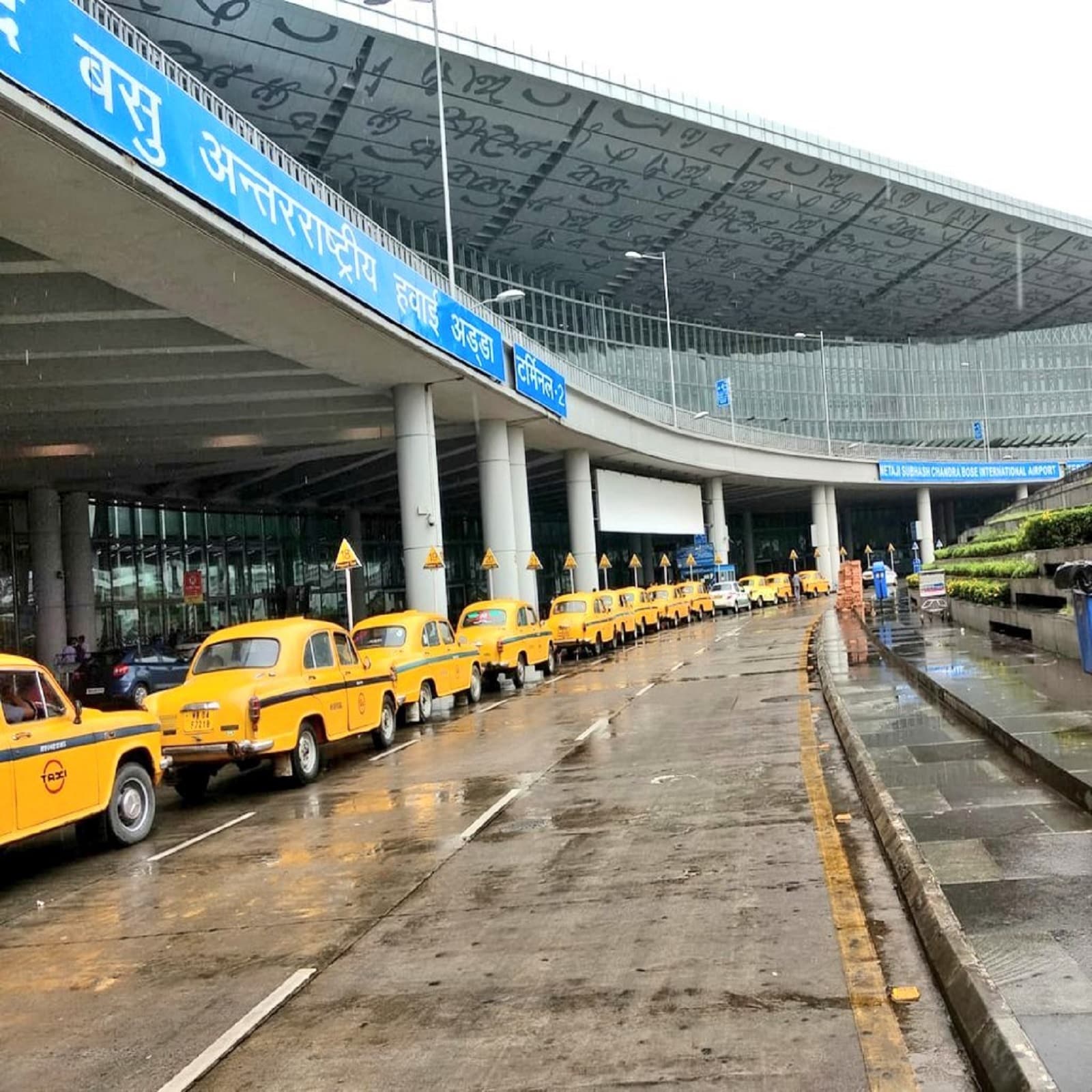 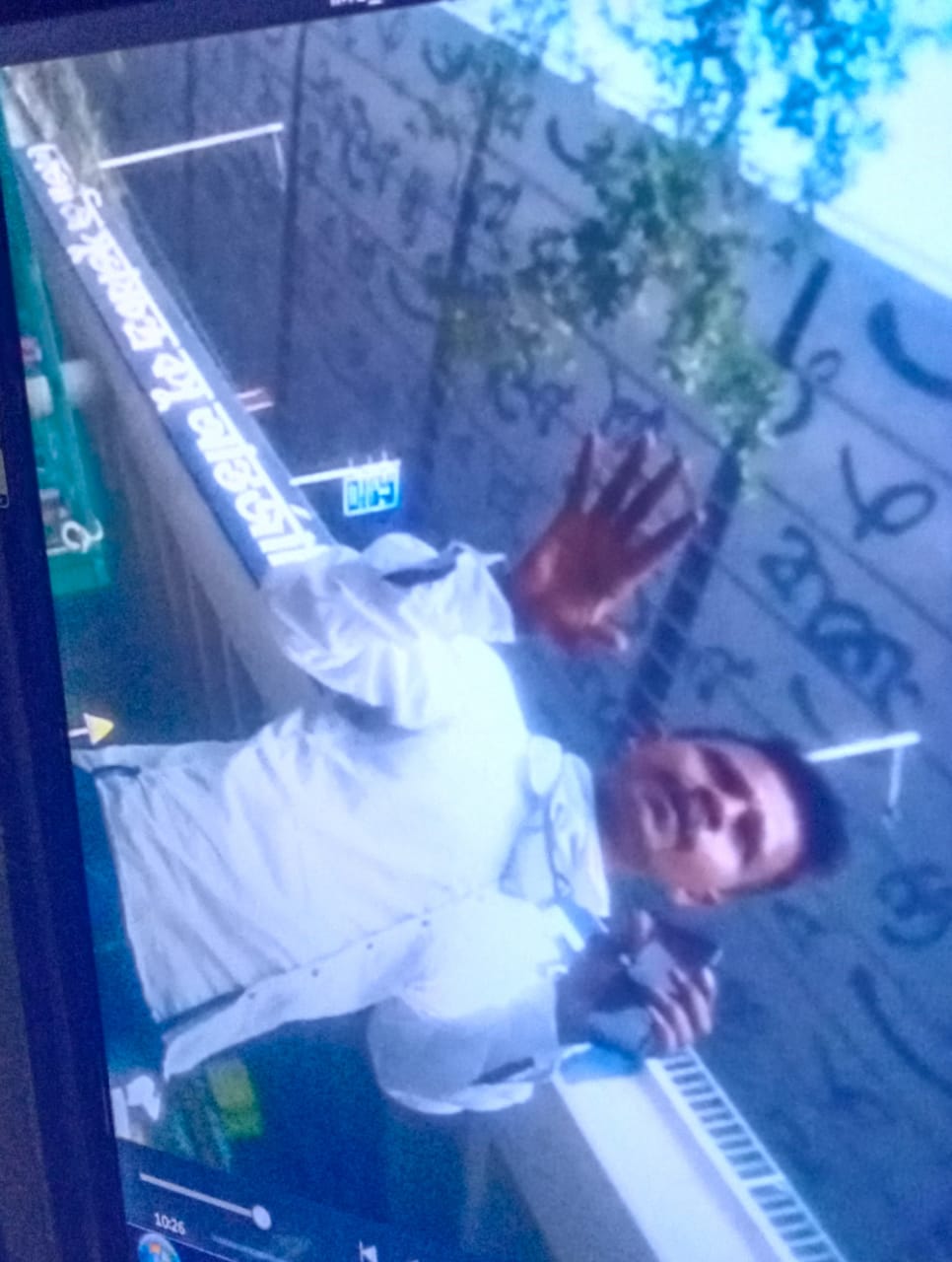 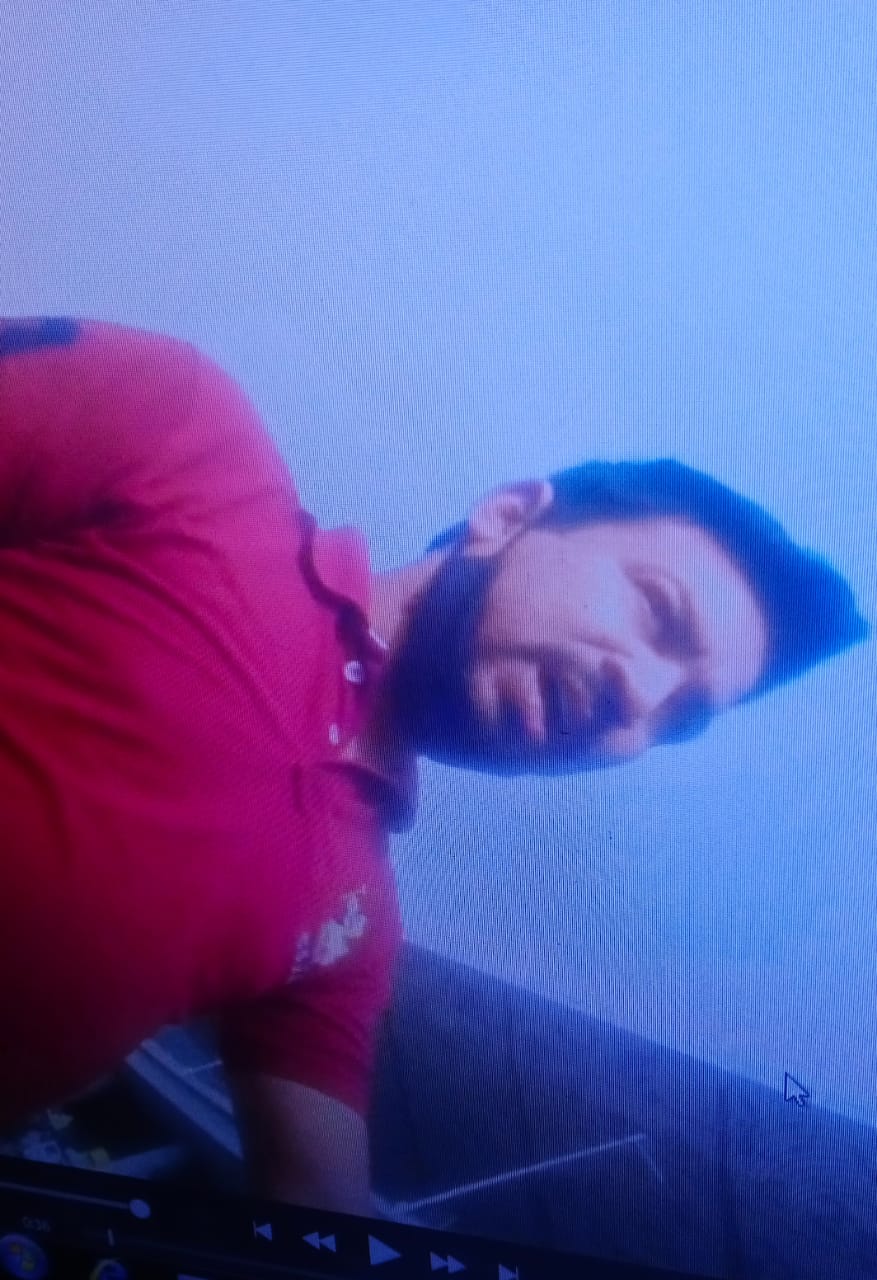 Apart from the massage centre, Sanjiv told us that he can arrange a hotel for us where we can have sex with women provided by him.

[Sanjiv told us that he has a tie-up with a hotel too, where we can have sex with women provided by him. It can be 2-3 women, whatever we want.].

Sanjiv now revealed us the money he will charge for providing girls in a hotel room. 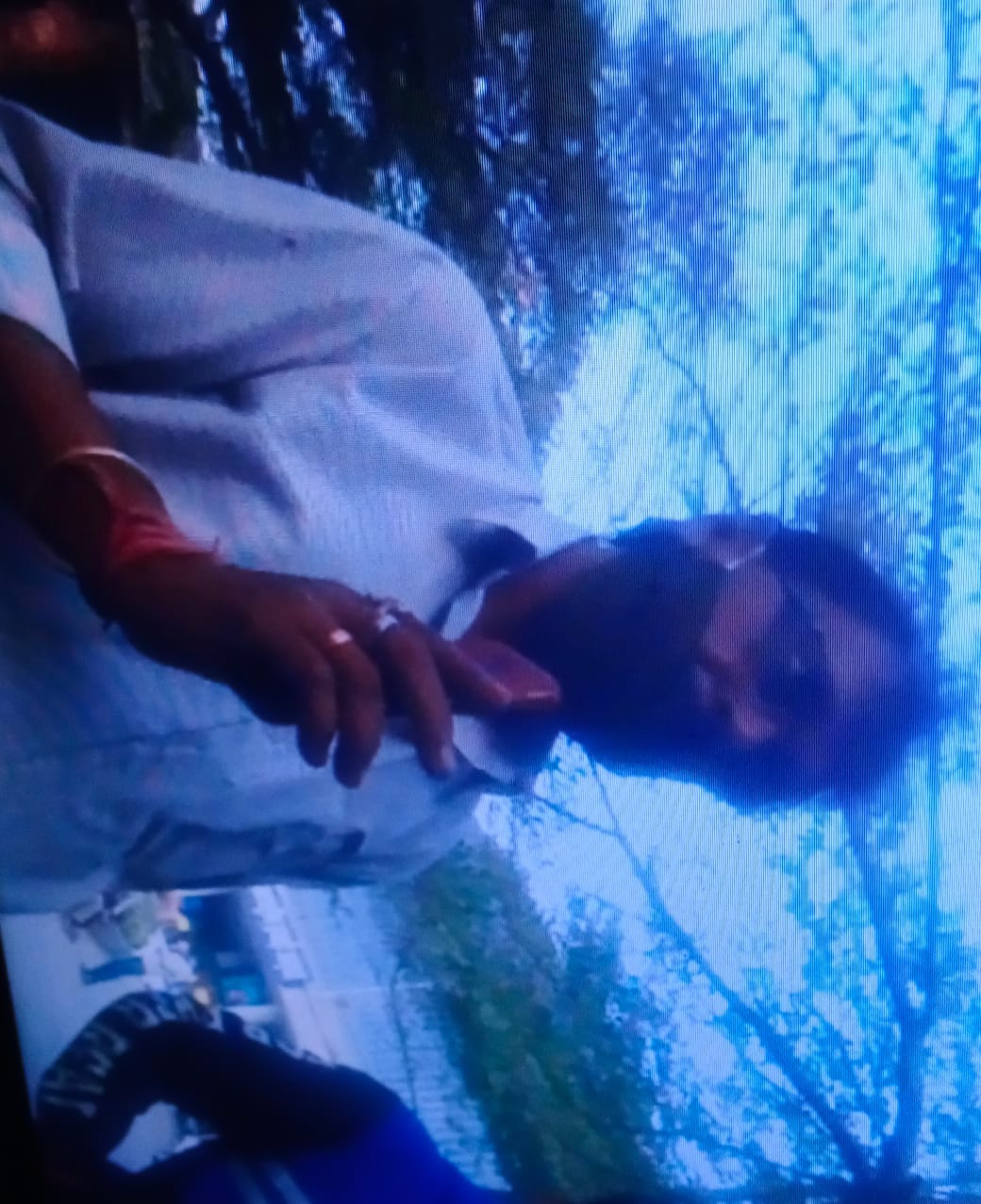 [ Sanjiv said he will charge Rs 2000 for sex with a woman for a full day in a hotel room. Apart from that he said he can take us to a Mall, where we can have body massage from the minor girls]

But Sanjiv had some more surprises in store. He then said that he had a variety of women at his disposal, including married women. We should tell him our choice, he will provide us that.

[According to Sanjiv, he has a variety of women with him, and can even fetch married women for us. We should just tell him our choice he will provide us that for sex.]

This was Sanjiv for you. A taxi operator, standing right in front of the International gate no 5, of Kolkata airport, offering us a variety of women to choose from: minor, young or married for sex and massage. And this, he boasted, he offered to most of his passengers who board his taxi.

However, the story doesn’t end here. We met another Taxi operator, Ravidas at the Kolkata airport, gate number 1B, who promised to take us to “Sonagachi”, said to be Asia’s largest Red-Light area situated in central Kolkata. Ravidas said that at Sonagachi, we can watch nude dance of a woman for one hour and can also have sex with her afterwards. All for money.

[Ravidas said that he will take us to Sonagachi, said to be largest Red-light area of Asia situated in the central Kolkata. There we can watch nude dance of a woman for an hour and later can also have sex with her. All for money. The charges will be Rs 4000-4500-6000. All depend on the woman we choose. He further said that we need not to worry about anything else as he has an understanding with the people at Sonagachi]

Ravidas assured us that if we go to Sonagachi, we should not be fear about police raid as he pays money to the police. He also said that he has to catch a dalal and pay him money at Sonagachi. Without whom we will get nothing. Ravidas said that all this is his regular work. 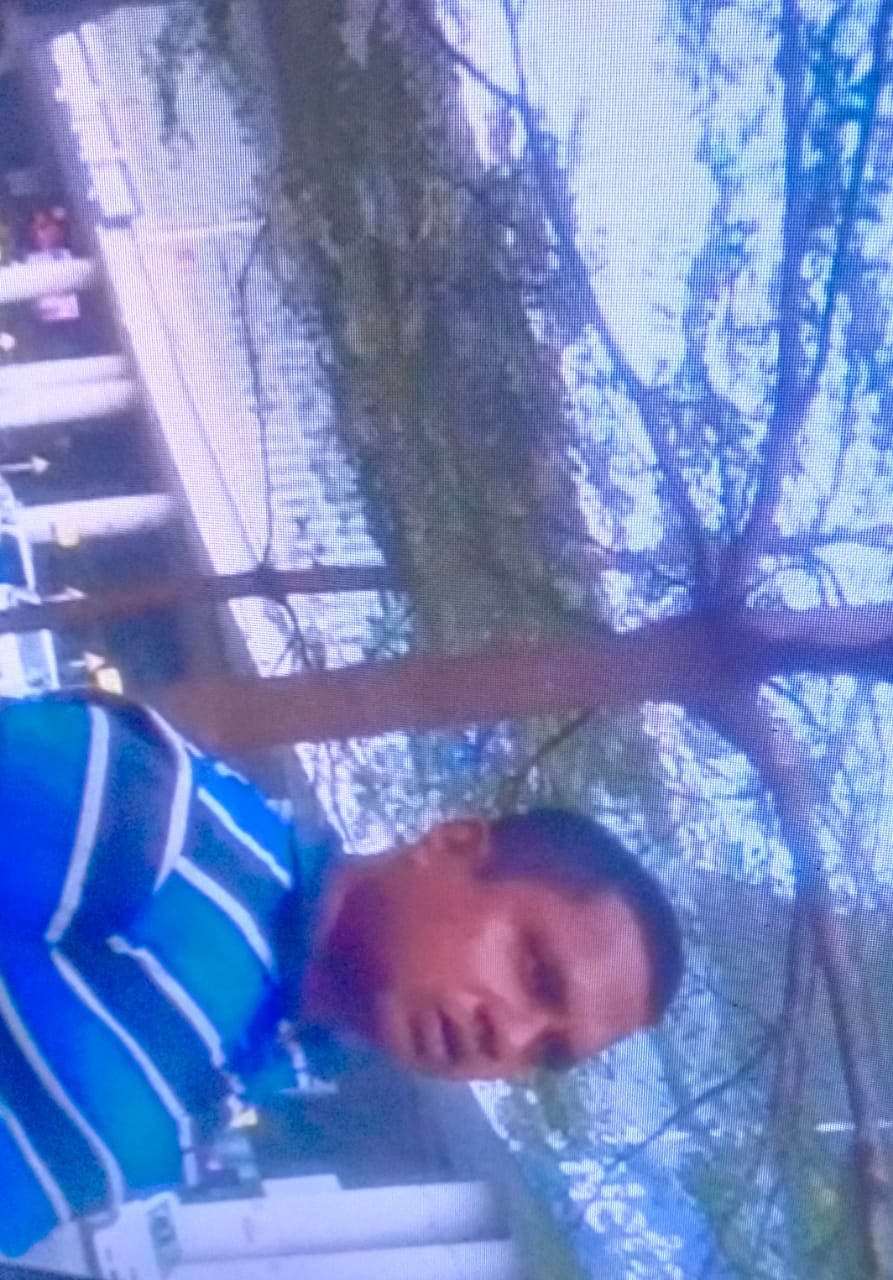 [Ravidas sought to allay our fears of police raid while visiting Sonagachi, explaining that he pays money to the cops to keep them away. He said he will catch hold of a dalal (pimp), and pay him money to arrange everything for us. He further said he knows dalals at Sonagachi as he is a regular visitor to the place]

When asked whether we can get women in our hotel room? Ravidas told us that indeed we can get woman in our hotel room. But their rates will be different. Rs 10,000-12000 and 15000 per night. How much we finally pay up will depend on the type of woman we choose, said Ravidas. He said he would send us their photographs on our phone and then we can tell him our choice. And as soon as we select a woman from the photographs, he will delete them all from his phone, adds Ravidas.

[ Ravidas said that he can  also arrange girls for us in our hotel room. But their rates will range between Rs 10,000, 12,000 and 15,000. He boasted that that some of them would be as stylish as models. However he hastened to add that he doesn’t keep the women’s photographs in his mobile phone as he has to go home. He deletes them as soon as his work is over]

[Digvijay told Tehelka that he is waiting for some army colonel coming from Haryana to Kolkata. He will pick him from the airport and drop him in some Kolkata hotel along with two Bengali women for enjoyment]

Tehelka went to unearth the sex on sale racket at Kolkata airport. But during this investigation, discovered that tose running sex racket at Kolkata airport luring inbound passengers, domestic and International, to red-light districts, underage masseuse, and elite sex workers, are also running illegal taxis from the airport. Digvijay Babu, who was candidly talking about providing  women for sex in Kolkata hotel some time ago, now revealed as to how the gangs of illegal taxi operators are illegally running taxis from Kolkata airport.

According to Tehelka sources, only pre-paid taxis and Ola-Uber can pick passengers from the Kolkata airport. Others are not even allowed to enter the airport premises. But there are number of illegal operators in Kolkata who are running taxis from the airport and picking passengers by allegedly paying money to the police. This is what Digvijay also told us, when we asked him to pick our passenger coming from Delhi to Kolkata within a fortnight.

[ Digvijay assured us that the client we would be sending to him from Delhi will definitely get a taxi at the Kolkata airport. There is no chance that Kolkata police will not allow his taxi to enter the airport. He says he will manage the police.]

Digvijay now revealed that all unions have their respective fixed gates at the Kolkata airport from where they run their illegal taxis. Party is the same.

[ Digvijay confessed that  separate unions have their  respective gates at Kolkata airport from where they pick passengers. There are separate unions, but the party is the same]

Ravidas who promised us to provide women for sex at Sonagachi disclosed that he is also running an illegal taxi from the Kolkata airport. Posing as a  businessmen, we asked Ravidas whether he can help us in running our taxis from the Kolkata airport.? To this, Ravidas nodded in affirmative  and told us its economics. The amount of money we will earn per day from illegal taxi business.

[ Ravidas told us that we will get Rs 500 daily for attaching our  private taxi with him. And Rs 700 for a commercial taxi. ]

Now Ravidas revealed as to how he is running illegal taxi from the Kolkata airport with the help of the police.

[ Ravidas told us that we don’t have to worry about our taxi not getting entry into Kolkata airport. He reassured as that he has an understanding  with the police in this regard.]

Now Ravidas explained the amount of money they are paying to the police to run their taxis illegally from the Kolkata airport.

Ravidas disclosed that they are running illegal taxis from the Kolkata airport in shifts. Also all contractors have divided airport gates among themselves. And they don’t encroach on each other territories.

[ Ravidas explained how illegal taxis at the Kolkata airport are run in shifts. They have also divided airport gates among themselves. So that everyone should remain confined to his own territory]

At the International gate number 5 of the Kolkata airport, we met Manoj Singh, another contractor running illegal taxi from the airport. Manoj told us that he illegally parks his taxi at the airport. However, when any VIP comes to the airport, for which he is alerted beforehand, he removes his illegally parked  taxi and dumps it in the parking lot.

[ Manoj told us that the union he is working with has 40 taxis. They park them all at the airport outline. They remove them only when any VIP arrives at the Kolkata airport, for which they get prior information. In that case they park their taxis in the assigned parking lot.]

While we were talking to Manoj, we met Vikas Dhar, another contractor running taxis from the Kolkata airport. Vikas said that he is paying money every month to the police to run illegal taxis from the airport.

Gone are the days when the world’s oldest profession – prostitution – was stuck to the brothels in various parts of the country. During the past few years, the trend has changed. Now fulfilling fantasies is just a call away. Right from having oneself picked up at the airport and arranging their one’s stay at a hotel, fixing a meeting with women, and keeping the cops away, all is being done by illegal taxi operators who double as pimps at Kolkata airport.

Tehelka investigative reporter unearthed two stories at Kolkata airport. First, the gangs of illegal taxi operators cocking a snook at the rulebook at Kolkata’s airport. Second, these gangs of illegal taxi operators selling sex outside an international airport at Kolkata. By luring inbound passengers, domestic and international, to the city’s red-light district, massage and sex with the underage and to elite sex workers. 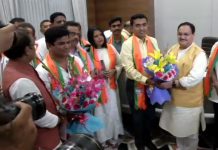