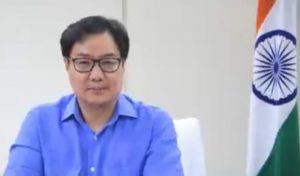 Union Minister Kiren Rijiju on Tuesday informed that five youth missing from Arunachal Pradesh have been found by China’s People’s Liberation Army (PLA) on their side.

“China’s PLA has responded to the hotline message sent by Indian Army. They have confirmed that the missing youths from Arunachal Pradesh have been found by their side. Further modalities to handover the persons to our authority is being worked out,” Rijiju said in a tweet.

On September 5, Congress MLA from Arunachal Pradesh, Ninong Ering had claimed that five people from the state have been abducted by Peoples Liberation Army (PLA) of China.

Ninong Ering claimed that earlier also similar incidents have happened and asked the govt to give a befitting reply to China.

In a tweet, Ering had said, “SHOCKING NEWS: Five people from Upper Subansiri district of our state Arunachal Pradesh have reportedly been ‘abducted’ by China’s People’s Liberation Army (PLA). Few months earlier,a similar incident happened. A befitting reply must be given to #PLA and #CCPChina. @PMOIndia” 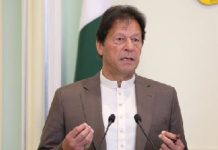