The festival will commence on June 15 and end on June 20.

This is going to be the first time that the Jammu and Kashmir National Film Festival is going to take place in the UT. This development will be an opportunity to bring the films, music, artists, and filmmakers to the Valley.

Indian filmmakers and music producers, and artists have been invited to submit their original films – fiction, documentary, OTT Films or shorts, and Music Videos for the first National Film Festival of Jammu and Kashmir.

Other than this, the festival would  organize a Film Award ceremony with 42 awards being distributed in various categories. 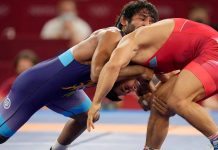