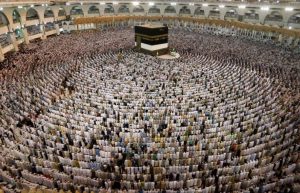 According to the Minority Affairs Minister, “Haj 2018 has been organised according to the new Haj Policy for ensuring better facilities to the pilgrims and a smooth journey to Haj.”

“Despite the removal of Haj subsidy and various taxes imposed in Saudi Arabia, pilgrims will not face any additional financial burden,” Naqvi added.

For the first time after Independence, a record 1,75,025 Muslims from India are going for Haj, while Government will facilitate a total of 1,28,702 pilgrims across India through the Haj Committee this year.