A fire broke out in a building in Central Mumbai’s Parel area on Monday. The building is close to the Premier Cinema. Four fire engines have been rushed to the spot to douse the flames. Meanwhile, no causalities have been reported so far.

This is the second such incident in the Central Mumbai. On 22nd August a fire broke out in Crystal Tower near Hindmata Cinema in Parel, killing four people including (one woman and three men) and injuring sixteen.

The fire broke out on the twelfth floor of the building and quickly spread to the upper floors. The smoke from the raging fire spread quickly and residents were trapped on the building’s staircases. 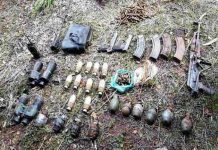