A fire broke out early Wednesday at a godown of an auto parts company in Greater Noida.

Fire tenders were rushed to the spot to control the blaze.

The incident was reported around 5 am at the facility in the Surajpur area, sources said.

According to an official, the blaze was controlled completely at around 8 am.

No casualties have been reported. 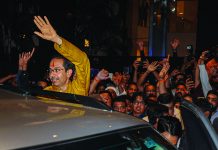