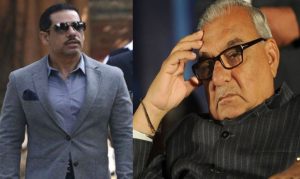 According to Manesar Deputy Commissioner of Police Rajesh Kumar, “A complaint was received on Saturday from one Surinder Sharma, a resident of Nuh, in which he alleged irregularities in the land deals.” Along with Vadra and Hooda, Omkareshwar Properties and real estate developer DLF have also been named in the FIR.

The FIR says that Robert Vadra’s company Sky Light Hospitality purchased land in Gurgaon’s Sector 83, Shikohpur, Sikandarpur, Khedki Daula and Sihi for Rs. 7.5 crore and sold it back for Rs. 55 crore after a change in its classification.

Rejecting the allegations, Robert Vadra called it a political vendetta of the BJP. 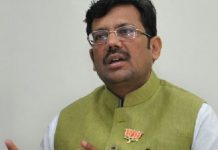