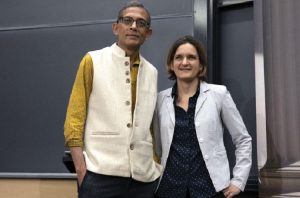 Indian-American Abhijit Banerjee, Esther Duflo and Michael Kremer have jointly won the 2019 Nobel Economics Prize “for their experimental approach to alleviating global poverty.” Banerjee, 58, was educated at the University of Calcutta, Jawaharlal Nehru University and Harvard University, where he received his Ph.D in 1988. He is currently the Ford Foundation International Professor of Economics at the Massachusetts Institute of Technology, according to his profile on the MIT website.

In 2003, Banerjee founded the Abdul Latif Jameel Poverty Action Lab (J-PAL), along with Duflo and Sendhil Mullainathan, and he remains one of the lab’s directors. He also served on the UN Secretary-General’s High-level Panel of Eminent Persons on the Post-2015 Development Agenda.

The research conducted by Abhijit Banerjee, Esther Duflo and Michael Kremer has considerably improved the ability to fight global poverty. In just two decades, their new experiment-based approach has transformed development economics, which is now a flourishing field of research.

According to the release by Nobel Prize, more than 700 million people still subsist on extremely low incomes. Every year, around five million children under the age of five still die of diseases that could often have been prevented or cured with inexpensive treatments. Half of the world’s children still leave school without basic literacy and numeracy skills.

Abhijit Banerjee with Esther Duflo and Michael Kremer have introduced a new approach to obtain reliable answers about the best ways to fight global poverty. It involves dividing this issue into smaller, more manageable, questions — for example, the most effective interventions for improving educational outcomes or child health. They have shown that these smaller, more precise, questions are often best answered via carefully designed experiments among the people who are most affected.

The Laureates’ research findings — and those of the researchers following in their footsteps — have dramatically improved the ability to fight poverty in practice. As a direct result of one of their studies, more than five million Indian children have benefitted from effective programmes of remedial tutoring in schools. Another example is the heavy subsidies for preventive healthcare that have been introduced in many countries.

In order to combat global poverty, one must identify the most effective forms of action. There has long been an awareness of the huge differences in average productivity between rich and poor countries. However, as Abhijit Banerjee and Esther Duflo have noted, productivity differs greatly, not only between rich and poor countries but also within poor countries. Some individuals or companies use the latest technology, while others (which produce similar goods or services) use outdated means of production. The low average productivity is thus largely due to some individuals and companies falling behind. Does this reflect a lack of credit, poorly designed policies, or that people find it difficult to make entirely rational investment decisions? The research approach designed by this year’s Laureates deals with exactly these types of questions.

The Laureates’ very first studies examined how to deal with problems relating to education. In low-income countries, textbooks are scarce and children often go to school hungry. Would pupils’ results improve if they had access to more textbooks? Or would giving them free school meals be more effective? In the mid-1990s, Michael Kremer and his colleagues decided to move part of their research from their universities in the north-eastern US to rural western Kenya in order to answer these kinds of questions. They performed a number of field experiments in partnership with a local non-governmental organisation (NGO).

Kremer and his colleagues took a large number of schools that needed considerable support and randomly divided them into different groups. The schools in these groups all received extra resources, but in different forms and at different times. In one study, one group was given more textbooks, while another study examined free school meals.

Because chance determined which school got what, there were no average differences between the different groups at the start of the experiment. The researchers could thus credibly link later differences in learning outcomes to the various forms of support. The experiments showed that neither more textbooks nor free school meals made any difference to learning outcomes. If the textbooks had any positive effect, it only applied to the very best pupils.

Later field experiments have shown that the primary problem in many low-income countries is not a lack of resources. Instead, the biggest problem is that teaching is not sufficiently adapted to the pupils’ needs. In the first of these experiments, Banerjee, Duflo et al. studied remedial tutoring programmes for pupils in two Indian cities. Schools in Mumbai and Vadodara were given access to new teaching assistants who would support children with special needs. These schools were ingeniously and randomly placed in different groups.The experiment clearly showed that help targeting the weakest pupils was an effective measure in the short and medium term.

The study by Banerjee, Duflo, et al. showed that targeted support for weak pupils had strong positive effects, even in the medium term. This study was the start of an interactive process, in which new research results went hand in hand with increasingly large-scale programmes to support pupils. These programmes have now reached more than 100,000 Indian schools.

One important issue is whether medicine and healthcare should be charged for and, if so, what they should cost. A field experiment by Kremer and co-author investigated how the demand for deworming pills for parasitic infections was affected by price. They found that 75 per cent of parents gave their children these pills when the medicine was free, compared to 18 per cent when they cost less than a US dollar, which is still heavily subsidised. Subsequently, many similar experiments have found the same thing: poor people are extremely price-sensitive regarding investments in preventive healthcare.

Low service quality is another explanation why poor families invest so little in preventive measures. One example is that staff at the health centres that are responsible for vaccinations are often absent from work. Banerjee, Duflo et al. investigated whether mobile vaccination clinics — where the care staff were always on site — could fix this problem. Vaccination rates tripled in the villages that were randomly selected to have access to these clinics, at 18 per cent compared to 6 per cent. This increased further, to 39 per cent, if families received a bag of lentils as a bonus when they vaccinated their children. Because the mobile clinic had a high level of fixed costs, the total cost per vaccination actually halved, despite the additional expense of the lentils.

In the vaccination study, incentives and better availability of care did not completely solve the problem, as 61 per cent of children remained partially immunised. The low vaccination rate in many poor countries probably has other causes, of which one is that people are not always completely rational. This explanation may also be key to other observations which, at least initially, appear difficult to understand.

One such observation is that many people are reluctant to adopt modern technology. In a cleverly designed field experiment, Duflo, Kremer et al. investigated why smallholders — particularly in subSaharan Africa — do not adopt relatively simple innovations, such as artificial fertiliser, although they would provide great benefits. One explanation is present bias — the present takes up a great deal of people’s awareness, so they tend to delay investment decisions. When tomorrow comes, they once again face the same decision, and again choose to delay the investment. The result can be a vicious circle in which individuals do not invest in the future even though it is in their long-term interest to do so.

Bounded rationality has important implications for policy design. If individuals are present-biased, then temporary subsidies are better than permanent ones: an offer that only applies here and now reduces incentives to delay investment. This is exactly what Duflo, Kremer et al. discovered in their experiment: temporary subsidies had a considerably greater effect on the use of fertiliser than permanent subsidies.

Development economists have also used field experiments to evaluate programmes that have already been implemented on a large scale. One example is the massive introduction of microloans in various countries, which has been the source of great optimism.

Banerjee, Duflo et al. performed an initial study on a microcredit programme that focused on poor households in the Indian metropolis of Hyderabad. Their field experiments showed rather small positive effects on investments in existing small businesses, but they found no effects on consumption or other development indicators, neither at 18 nor at 36 months. Similar field experiments, in countries such as Bosnia-Herzegovina, Ethiopia, Morocco, Mexico and Mongolia, have found similar results.

The Laureates’ work has had clear effects on policy, both directly and indirectly. Naturally, it is impossible to precisely measure how important their research has been in shaping policies in various countries. However, it is sometimes possible to draw a straight line from research to policy.

Some of the studies we have already mentioned have indeed had a direct impact on policy. The studies of remedial tutoring eventually provided arguments for large-scale support programmes that have now reached more than five million Indian children. The deworming studies not only showed that deworming provides clear health benefits for schoolchildren, but also that parents are very price-sensitive. In accordance with these results, the WHO recommends that medicine is distributed for free to the over 800 million schoolchildren living in areas where more than 20 per cent of them have a specific type of parasitic worm infection.

There are also rough estimates of how many people have been affected by these research results. One such estimate comes from the global research network that two of the Laureates helped found (J-PAL); the programmes which have been scaled up after evaluation by the network’s researchers have reached more than 400 million people. However, this clearly underestimates the total research impact, because far from all development economists are affiliated with J-PAL. Work to combat poverty also involves not investing money in ineffective measures. Governments and organisations have released significant resources for more effective measures by closing many programmes that were evaluated using reliable methods and shown to be ineffective.

The Laureates’ research has also had an indirect influence, by changing how public bodies and private organisations work. In order to make better decisions, increasing numbers of organisations that fight global poverty have systematically begun to evaluate new measures, often using field experiments.

This year’s Laureates have played a decisive role in reshaping research in development economics. Over just 20 years, the subject has become a flourishing, primarily experimental, area of mainstream economics. This new experiment-based research has already helped in alleviating global poverty and has great potential to further improve the lives of the most impoverished people on the planet. 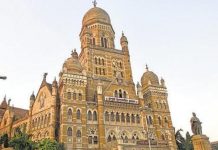