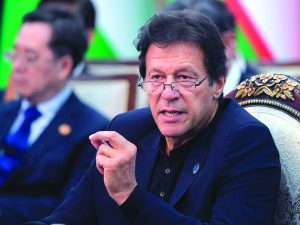 The activities of this Pakistani tycoon were exposed following the raids of the National Crime agency (NCA) of Britain, which was empowered to trace the “dirty money”, stolen from the poor people of the Asian, African and Latin American countries and invested in Pakistan. The British law was amended in 2017 to track the money obtained through massive corruption following its decision to join the UN efforts to curb corruption worldwide.

As soon as the Pakistani tycoon and darling of the army generals, bureaucrats and top politicians, Malik Riaz, was caught by the British law enforcing agency, Imran Khan and his coterie in the armed forces immediately became active. The agenda was to stop the tycoon from revealing the names of the recipients and save him from prosecution in London. The NCA attached his prime properties in London. Malik Riaz, who could have been easily eliminated in Pakistan to be silenced forever, dared the Pakistani government with his own terms. There will be no criminal or civil proceedings against him in any part of the world, including Pakistan. In lieu of that he has agreed to return a huge sum of 190 million British pounds to avoid arrest and deportation from London to Pakistan.

Malik Riaz could have been an embarrassment for the ruling elite of Pakistan, who individually and collectively steal people’s money, though the country claims to be following the teachings of Prophet Mohammed. Imran Khan has announced that his government is committed to make the new Pakistan, where the life will be like the state of Medina. However, with his secret deal with the promoter and investor of the dirty money, it will be difficult for him to project himself as an honest politician and true follower of Islam.

The tycoon has been enjoying immense popularity among the ruling elite of his country. He is known for offering luxury homes, cars, foreign travels and precious jewelry to the pretty women of the high society of the country. It is also stated that some journalists too were recipients of his much coveted gifts. Among the prominent recipients is The former Pakistani president Asif Ali Zardari, who is reported to have received a palatial home from him near Lahore. Zardari is not only to be favored with this fort-like residence spread over 25 acres is like a fort, the long list of his recipients include top military officers and bureaucrats. The list may include former army chiefs too.

Riaz owns premium properties in London, Dubai and some other prominent destinations in the world. They were the centers of big parties and lavish living for the high and mighty of Pakistan.

Malik Riaz had siphoned off huge wealth from his home country, but under the pressure of the British investigations (which could not be bribed) has now to pay the amount of 190 million British pounds as a penalty to the Supreme Court. While Malik Riaz will escape criminal prosecution, the resource-starved Pakistan will be able to get for the first time a small part of the ill-gotten money parked outside the country in properties and other investments.

A top secret tripartite negotiation among the representatives of the Imran Khan government, NCA and the Pakistan’s real estate tycoon, Malik Riaz, took place in London quite away from the media glaze. However, some top army generals, including a former army chief, Raheel Sharif, too was supporting the estate developer.

The director of policy of Transparency International, Duncan Hames, has stated our organization is “unsurprised to find that there is a company registered in the British Virgin Islands that is connected with this case”. He urged that the British Virgin Islands should follow the example provided by other UK Overseas Territories, such as the Cayman Islands and Gibraltar, and commit to revealing the true owners of companies on their shores.”

The announcement of the agreement or out of court settlement has triggered off heated debates in Pakistani media. In spite of the media noises, the ministers in the Imran Khan government have declined to share the details of the negotiations and what are the terms for agreeing “to the  plea bargaining”. Many eye-brows are being raised on the agreement, which has enabled the tainted real-estate developer, Malik Riaz, to escape court trials that could have sentenced him to 10 years in jail.

Emboldened following the agreement, he has decided to start a powerful media house with multiple publications and television channels to regain the prestige. He is among the ten richest men of the country, who could successfully manipulate the Pakistani government and got escaped from tough criminal proceedings. Meanwhile, Shahzad Akbar, Prime Minister Imran Khan’s aide on accountability, has refused to reveal the details of the agreement under the pretext that the government has signed a confidentiality agreement with Riaz.

Both India and Pakistan follow the criminal procedure adopted during the colonial rule. Initially, a plea bargaining, which is an agreement between a defendant and a prosecutor, was not included in the criminal justice system. It was often stated that allowing a defendant plead guilty or “no contest” provided the prosecutor agrees to drop one or more charges, reduce a charge to a less serious offense, or recommend to the judge a specific sentence undermines the integrity of criminal justice system. However, under the Section 25 of National Accountability Bureau (NAB) Ordinance 1999 a person facing corruption charges can request for plea bargain.

Fawad Chaudhry, Minister for Science and Technology Fawad Chaudhry, told a Pakistani television channel that the government had two options, “We could have gone for a criminal trial and said we don’t want the funds we want a trial, but It would have taken six or seven years and might have resulted in a 10-year conviction but not yielded funds. So we decided to go for a plea bargain, so it is better that this $250 million comes back to Pakistan now.”

Of these repatriated funds, 190 million British pounds will be deposited with the Supreme Court of Pakistan. The apex court has fined the tycoon for violating laws in acquiring vast lands in the vicinity of Karachi for developing up market colonies and markets known as Baharia Town. It is just 25 km from the Karachi airport, where 72 sq km township is proposed to be developed. An angry Musadiq Malik , a senior leader of the Pakistan Muslim League (Noon) of Nawaz Sharif, who was on the TV show asked, “as to what crime was committed in Pakistan which has resulted in a plea bargain and repatriation of funds to public”.

Meanwhile, the members of the cabinet, too, have avoided talking about the return of this staggering sum citing “legal reasons” or “lack of information”. They decline to answer how much money was siphoned off from Pakistan to Britain. Their only reply is “We have signed an MoU to cooperate on these issues.”

An anti-corruption watch-dog, Transparency International, has asked for details about the agreement arrived at among the key players of the proceedings, NCA, representatives of the Pakistani Government and the tainted businessman. Apart from asking the British government for return the staggering amount to Pakistan without any delay, has noted that “scant information” is being shared.

While welcoming the prompt action of NCA, Hames, reminded the British Government that being a signatory to the UN Convention against Corruption, it is under the international obligation to return the money to the country which has suffered due to the illegal transactions. The NCA could grab the corrupt due to the amendments made in the UK’s Criminal Finances Act 2017.

The NCA has seized Malik Riaz’s assets of more than £190 million of assets, including a £50m mansion overlooking Hyde Park in London. It has not revealed the details of the agreement.

Malik Riaz is known to a darling of the high and mighty in Pakistan. His properties usually house upper middle and high income Pakistanis, these communities have private security, ability to restrict access to non-residents and are energy independent from the national grid. hIs colonies provide gated hi-tech security systems, private schools and modern hospitals. He received international publicity, when the Los Angels published news about him on October 6, 2011, that Baharia as a “functioning state within a non-functioning one”. He is often accused of illegal encroachment of forests and illegal alliance with military.

The clean image , which Imran Khan has been trumpeting for the past so many years, is now compromised due to keeping veils  on the agreement with a notorious financial wheeler dealer. 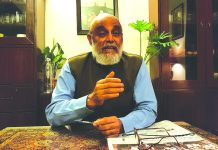