Biopics are not a point of strength for Hindi cinema. Despite being part of world’s biggest film industry, Indian films have found maintaining authenticity a challenge. The biggest testimony to this fact is Gandhi, Richard Attenborough’s 1981classic. More than thirty years since, Indians still relate to Ben Kingsley as Mahatma when the film plays on TV on Independence Day. Seasoned veterans like Naseeruddin Shah, Annu Kapoor and Darshan Jariwala have attempted to explore different facets of Gandhi’s persona in different films; and yet have fallen short. Their performances might be convincing but the milieu, setting and narratives of the films (Hey Ram, Sardar, Gandhi My Father) have not done justice to the universal connection which the real Mahatma Gandhi had left amongst the people across the world. A narrow view of the Mahatma’s life onscreen is a strong example that when it comes to biopics, Hindi cinema has failed to strike the right note.

A big factor in biopics falling short of expectations is the lack of research and insight that goes in to creating an era, a specific period in history or in a person’s life. Within this framework, Rajkumar Hirani’s Sanju has raised hopes of breaking Hindi cinema’s mediocre run with the biopic genre. For instance, unlike Mary Kom, a bonafide hit where Priyanka Chopra gave her best but didn’t look one bit like the boxer from Manipur, in Hirani’s Sanju, Ranbir Kapoor resembles the controversial movie star, Sanjay Dutt. In fact, Ranbir’s look for the film varies, in sync with the various phases of Dutt’s life, giving the film the feel of authenticity.

Rajkumar Hirani, as a filmmaker has delivered record-breaking blockbusters that tell a good story. Often, his films tend to have a social message. Such films tend to be non-entertaining, or at least, not very popular. Hirani has successfully upturned this perception. Film PK took on superstition with flair. His Munna Bhai series, dependent on the suspension of disbelief, made important points about India’s medical practices and the real estate mafia in our cities. Perhaps his most resonant message is the one from Three Idiots, about the overwhelming obsession with engineering degrees and high scores in India today. All the four films are entertaining and hugely popular.

Always having co-written his films with Abhijat Joshi, an academician turned writer, Hirani spends ample amounts of time researching, reading, exploring and debating over their scripts. They confess to taking walks around their homes for an entire day to crack just one scene at times. Given his method towards writing a film, his approach towards making Sanju, an idea that Dutt himself proposed to the filmmaker has been a research oriented. “When he first began speaking, Sanju (Sanjay Dutt) really opened up to me. We spent a day talking about how one spends time inside a jail, how does one go through a day, “Hirani said. “On the second day, he spoke to me at length again, about a similar episode of his life. That is when I called up Abhijat to join me for these conversations. For 25 days, Abhijat and I would go and just listen to him. Having spoken to him for all these days, I realised that my life is just a dwarf compared to his. He has experienced so much and gone through so much.”

Hirani’s research material for the film began with the first hand conversations with Dutt. Abhijat and he went on to read old magazines, news reports to get their facts right, and set about writing the story. Both admitted that while writing this film, the biggest challenge was of omitting facts; what would one keep and what would one leave out in an eventful, dramatic life of a prominent celebrity.

Casting Ranbir Kapoor was a natural choice for both the filmmaker and writer, but they didn’t do it without thought. Kapoor, an established star, auditioned for a portion as a test of whether he would look as Sanjay Dutt. “When I first heard the script, I was blown by it. I didn’t know if I had it in me to do this role, if I could become Sanjay Dutt….I am a big fan. I had his poster up on my cupboard as a kid. Now, I have the daunting task of playing him and representing him (onscreen). I respect him a lot and look up to him. I really want Sanju Sir to like my work in the film,” Ranbir said at a press meet. Ranbir has faced a difficult phase of his career prior to this film. Despite having worked with India’s most promising filmmakers — Anurag Kashyap, Imtiaz Ali and others, his films flopped. He found a lifeline with Karan Johar’s Ae Dil Hain Mushkil, but his performance in this one wasn’t amongst his strongest. Given the fact that Sanju is a significant film that will again prove his stand as performer par excellence, Ranbir seems both nervous and confident about this role. He has spent two years playing Dutt over a lifetime, adding muscular bulk in one portion and losing tons of weight in another to resemble the star. Kapoor reiterates that the film is a lesson of sorts, for all to learn from the mistakes that Dutt has made through a lifetime, a strong hint that the film might finally reveal what made a leading superstar choose to mix with the dreaded underworld and mafia.

Vidhu Vinod Chopra, co-producer of Sanju, has spoken time and again about the brilliance of Ranbir Kapoor’s performance in the film. When asked if ‘Sanju’ intends to explain Dutt’s side of the story on terror, Chopra replied in the negative, while director-producer Hirani chose to duck the question. Their response seems to indicate that the film, given Sanjay Dutt’s complete involvement in the project, will have his version of events ruling the narrative. The film’s trailer also hints where Dutt admits to being a drunkard, a drug addict and promiscuous but states that he is not a terrorist.

Sanjay Dutt’s life doesn’t hold surprises for the public. His liaisons with women outside of his marriage are a well-known fact. He used to have multiple girlfriends and women. Dutt had also addressed his drug addiction issues with interviews when he recovered from a rehab in the USA; way back in the eighties. As Khalnayak and other grey roles, he owned his aggressive, party hearty and bad boy persona onscreen too. It is known that he shares a distant relationship with daughter Trishala from his first marriage. So there are no surprises here.

But his reasons for keeping an AK 47 with him, and keeping the company of the underworld have always remained vague. Popular media has captured Dutt’s prison terms and his return to his home regularly. What actually happened and why he did, what he did, was never very clear. Sanju, the film, will possibly hinge on this detail.

With an all-star cast of Manisha Koirala as Nargis Dutt, Paresh Rawal as Sunil Dutt, Dia Mirza as wife Maanyata, Anushka Sharma as a biographer, Vicky Kaushal as a close friend, Sonam Kapoor Ahuja as his first wife, Sanju holds a big draw for the audience. Will the film hold up to an objective fact check? One hopes so. For this biopic to set a benchmark in the genre in Hindi cinema, Sanju will need to go beyond authenticity, drama and an entertaining story. It will need to reflect the reality of a controversial but much-loved celebrity of our generation. 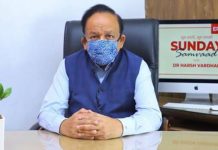