Unlike Javed Jaffery in the opening scene, War Chhod Na Yaar lays out its cards very early on in the film, declares its stand on war, peace and more importantly, what kind of movie it’s going to be. For the rich Delhi kids sitting next to me in the theatre, it was very helpful in deciding whether they should leave at the interval and go watch Gravity (they had to be rich Delhi kids; who else can afford to buy two tickets in a Delhi multiplex and choose which one they’d rather watch?). For better or for worse, you soon realise, India’s first ever war comedy is a clever, if over-the-top absurdist take on war, that will have the odd moment of insight punctuated by running gags that get old soon and jokes that, like Pakistan’s Chinese-made weapons in the film, work about half the time (because, you know, Chainese maal hai). But the ones that work could possibly be enough to make the film worth your time and money, depending on what your time and money are worth. It’s about the same realisation that you get in most Steve Martin movies.
Like most war comedies, there is little real malice throughout War Chhod Na Yaar; the villains are all fairly harmless buffoons, all of them played by Dalip Tahil (the Chinese premier has a translation machine, which converts his orders into Sidhuisms for the Punjabi-speaking Pakistani general and PM). The soldiers are peaceful folk, forced into war by their buffoonish superiors. War doesn’t mean death, glory and terribly written patriotic speeches. It’s mostly a neighbourhood game of hide and seek, with zero casualties. The only terribly written patriotic speech, thankfully, keeps getting interrupted.
The film starts with the subcontinent at two minutes to midnight; a nuclear war instigated by China and supported by the US military-industrial complex is imminent. Ace journalist Ruth Datta (Soha Ali Khan) — female journalists in films might as well come with the label “FEMALE LOVE INTEREST!” attached — is sent to the front to cover a photo-op for the defence minister, so that he can rally the troops from the border without having to go there once war has already been declared.
Once there, she finds out what things are really like on the front lines. The Indian and Pakistani soldiers, forced to spend their days in the middle of a desert with only each other for company, have built up a healthy camaraderie. The de-facto commanding officers, played by Jaffrey and Sharman Joshi, are friends for as long as orders permit, ensuring an atmosphere of mutual trust.
It is the breaking of this collegial atmosphere, not a nuclear holocaust, that is shown in the film as the major consequence of war. It extends the basic philosophy of Aman Ki Asha and other campaigns of its ilk — that we are the same people divided by outside forces — to the armed forces. This noble effort is aided in no small manner by Joshi and Jaffery’s great comedic chemistry. They are able to rib on each other like old friends, and it is their banter on the megaphone that is the high point of the film. At one point, Captain Qureishi (Jaffrey) sings Yamla Pagla Deewana to mock Captain Raj’s (Joshi) wooing of Ruth. An impromptu antakshari game ensues, which is ended when one Pakistani soldier, racking his brains under time pressure for a song that begins with ‘ya’, ends up singing Yeh Mera India.
The trouble is that the film runs out of jokes midway and starts recycling old ones. The eventual solution to the war is fine, I guess, but, like most of the rest of the film, is neither inventive enough or funny enough to live up to its promise. 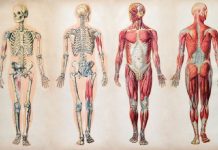