Unlike Grand Masti, John Day is anything but brain dead. And while it is by no means an original film, it chooses a better source to copy from — Enrique Uburzu’s 2002 Spanish film, Box 507.
The idea of revenge is a constant presence in the film, so much so that you almost expect an embodiment of it to show up, much like the urtext of the genre, John Kyd’s The Spanish Tragedy. Like that play, John Day is about the moral justification of an eye for an eye, about how the pursuit of vengeance loses you your soul. The two protagonists, played by Naseeruddin Shah and Randeep Hooda, are two people who begin on opposite ends of the good-bad spectrum and wander, through the film, to the other end. Shah plays a bank manager who seeks revenge for the death of his daughter and assault on his wife, while Hooda plays a violent ex-cop who finds redemption in his love for his alcoholic girlfriend.
All this would make for gripping cinema if it were done better. While there are some visceral acts of violence and genuinely great moments of character development, the film soon degenerates into a series of interrogation scenes, losing whatever momentum it generates. The two leads turn in decent, if not entirely believable, performances, but the film gets too caught up in the balancing act between a conventional thriller and a reflective tragedy to make any sort of coherent point. 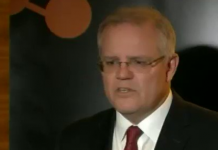