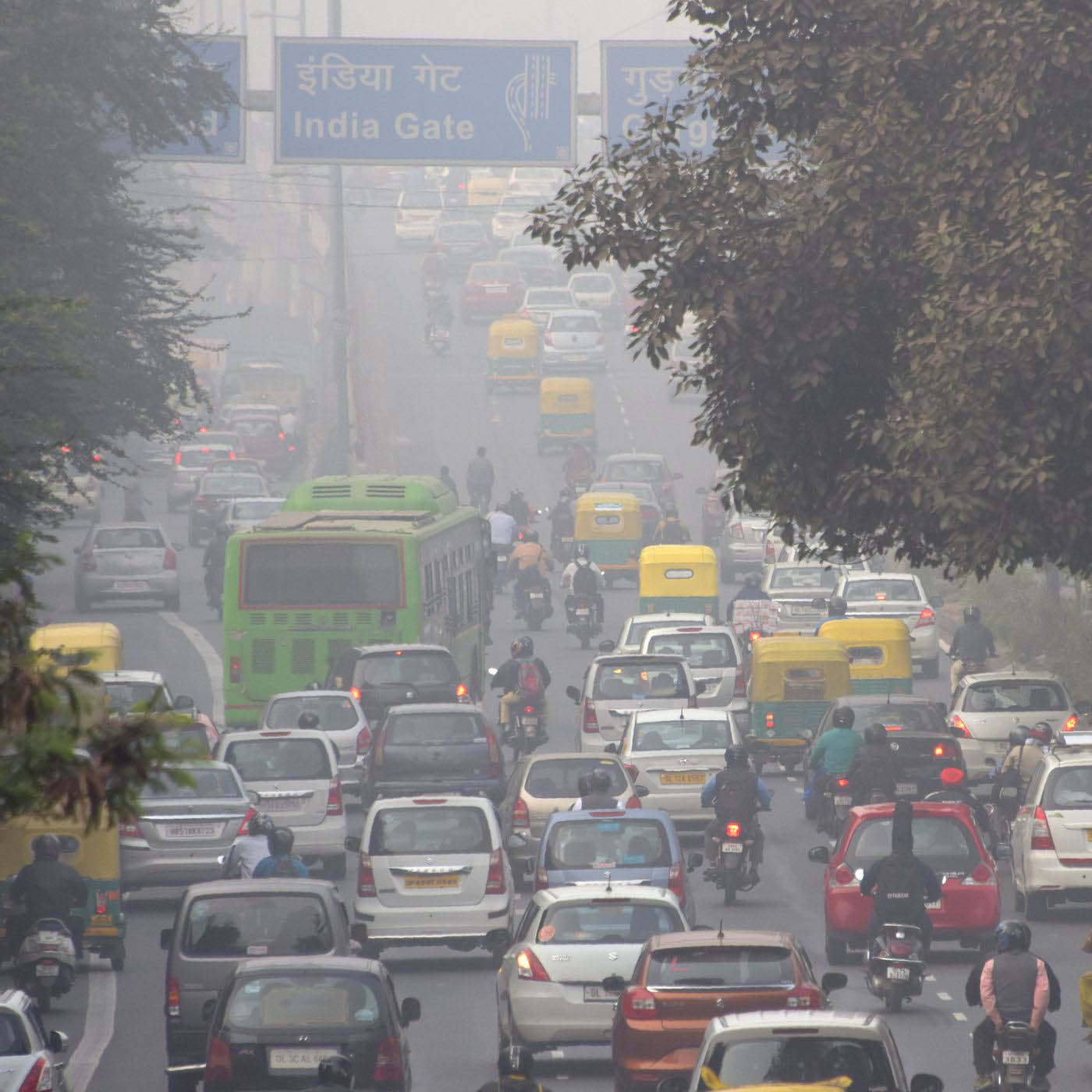 Yes, the Governments of the States we live in are responsible for making the policies that will help curb the pollution and they do! But can they be successful in their endeavours if the citizens don’t cooperate?

Remember the Forget Me Not Blue skies that we all saw during the lockdown in 2021? Remember how the air was pure to breathe even in the winters and how the mountains were visible from hundreds of kilometers away in many cities around the country during the pandemic? Now, fast forward to October-November 2022! In just a few months, North Indian cities like Gurugram, Hisar and Sohna in Haryana, the national Capital Delhi, Noida, Greater Noida and Ghaziabad in Uttar Pradesh and Mohali in Punjab are witnessing AQIs in the ‘severe’ ‘very poor’ and ‘poor’ range.

So what’s the reason for this dirty air? According to an analysis by the Centre for Science and Environment (CSE) of data from October 21 to 26, vehicular pollution contributed around 51 per cent to the PM 2.5 levels in Delhi. CSE used data from Google Maps to look at the hourly traffic speed on 15 arterial roads in the national Capital during this period and they noted high levels of congestion and vehicular emissions. Significantly, as the level of congestion increased so did the level of nitrogen dioxide that was being spewed by the vehicles. The emissions peaked at the time that the traffic congestion was at its maximum. According to the analysis, hourly nitrogen dioxide levels during peak congestion hours could be high, ranging between 73 µg/m³ to 86 µg/m³.

The next largest contribution to the PM2.5 levels was from residential sources (13 per cent), industries (11 per cent)  crackers and construction activities (7 per cent) , burning of waste and energy sector (5 per cent each), road dust (4 per cent). The analysis also found that Delhi’s local sources caused around 32.9 per cent of the pollution and the capital’s remaining pollution came from NCR districts (32.8 per cent), other districts (25.8 per cent) and biomass burning in the neighbouring States (9.5 per cent). The contribution to pollution due to biomass burning also rose subsequently in the period after that as the farm fires increased in Punjab, Haryana and Uttar Pradesh.

So, there we have some food for thought, because these figures from the CSE are not just breaking down the sources of pollution, they are pointing out that each and every one of us is responsible for this toxic air. So, we all have to sit down and do some introspection because, like it or not, we are all collectively responsible for the smog we find ourselves enveloped in today. Because, every little step that we take to cut down pollution, counts towards bringing down that AQI!

Yes, the Governments of the States we live in are responsible for making the policies that will help curb the pollution and they do! But can they be successful in their endeavours if the citizens don’t cooperate?

Take vehicular emissions for instance. We all know vehicles pollute, but, despite this the levels of vehicular pollution have only gone up each year. So, it’s time to ask some uncomfortable questions. How many of us ensure that our cars are regularly serviced so that they are less polluting? How many of us car pool in order to take some vehicles off the roads? How many of us who have the choice of working from home exercise that option? How many of us walk or cycle to the neighbourhood store or to a place that is 2-3 kms away from home or office? How many of us ditch those comfortable cars and take the Air Conditioned Metro or bus to work? How many of us are even thinking of switching to electric vehicles in the future because that is a more sustainable way of living?

And why is it that the Government of Delhi had to actually come out with a ‘Red light on, Gaadi off’ campaign last year? Should we not be switching off the ignition at the red light without having to be cajoled into it? Also, the Delhi Government recently asked all fuel stations in the city to sell fuel to only those vehicles which have valid Pollution Under Control Certificates (PUCCs). This above crackdown is a very poor reflection on us. Why does the Government have to force us to get PUCCs, why can’t we be responsible citizens and be a part of the pollution solution instead of the problem!

The CSE also talks about residential pollution, which comes from burning of wood, cow dung, kerosene and coal. While the very poor can’t be blamed for using wood, cow dung, kerosene and coal as fuel because the cost of LPG is prohibitive now, the more privileged who use LPG or piped gas to cook should avoid barbeques, bonfires for fun and also resist the temptation of firing up their fireplaces to heat the house in winters. Also, the privileged can provide the guards who warm themselves with coal and wood fires as they stand outside watching over our homes in the bitter cold, with electric heaters. This little gesture would go a long way in bringing down pollution. Plus waste burning, another source of dirty air can be avoided if all RWAs strictly make their residents adhere to the recycling and segregation method and ensure that the local gardeners and kudawalas don’t burn biomass generated by our gardens and instead put it in compost pits. Many responsible RWAs are already doing this, but making it the norm rather than the exception, will go a long way in battling air pollution.

The CSE report also talks about construction/building dust contributing to air pollution and almost all major projects have been shut down for now under GRAP. But what of the dust we raise when we are doing some renovations in the house, particularly tile cutting and breaking? The same rules apply here, as they do for big construction/demolition projects, just cover the area with thick plastic sheets or green gardening cloth, so that the dust settles on it and doesn’t escape into the atmosphere. It may add a few hundred rupees to your budget but at least you won’t be adding to the dirty air. Also, sprinkling water on the debris that is being moved out of the house will prevent dust pollution, at no extra cost.

Plus, we could be more responsible and use our power as consumers to not buy things from corporations that are polluting the environment. Everyone is privy to the fact that big industries and companies don’t think twice before violating pollution norms and the result is dirty air, water, soil and groundwater. They do so in collusion with corrupt politicians and officials. However, if the consumers show them that they will check the back history of the company and will not buy or use services of polluting firms, the big corporations will have to change the way they conduct their business and manufacture their products.

Why is such sustainable behaviour not second nature to us? And should we not be teaching our children this sustainable behaviour too? The travesty is that we only expect the “sarkar” to do something to curb the pollution, but the moment Governments come out with policies where they expect the citizens to comply or sacrifice some comfort or pleasure, we refuse to cooperate. Then, when the AQIs hit the ceiling we have the temerity to complain!

So, everyone, politicians and citizens alike, should cut the blame game that has been going on for the last few years over pollution in the national Capital. It is sickening to see that instead of collectively sitting down and owning up to the fact that we, YES WE, have ALL messed up big time where our responsibility towards giving our future generations a sustainable and liveable world is concerned, all we do is sling mud at each other. All our leaders are interested in is passing the buck, one-upmanship, blaming each other and playing politics which is dirtier than the air we are breathing right now.

Fighting pollution is a year-round endeavour. The air in North India is bad throughout the year, but we only wake up when we can see the smog in the pre-winter and winter months. The citizens of Delhi-NCR are guilty of breathing bad air and not forcing the powers that be of ensuring pollution-free air for them throughout the year through protests, campaigns and also cooperation with the authorities. A case in point is the ban on crackers during Diwali that leads to a lot of collective heartburn. So we have a situation where people slam the Government because there is pollution, then refuse to cooperate with the cracker ban and then in the days after Diwali curse the Government again for not controlling pollution!! And, the worst is that the citizens play right into the hands of political parties that just want to beat whichever Government is in power in Delhi with the pollution stick. Strangely, there is no mention of these issues in the major cities bordering Delhi in the neighbouring States of Haryana and Uttar Pradesh, where the air quality is as bad. Don’t the citizens there deserve clean air too?

The establishments in Delhi-NCR are guilty of letting politics take precedence over the health and welfare of citizens. They need to collectively fight pollution because not everyone can afford air purifiers and they need to understand that a sick citizenry will only increase lost man-days and the healthcare burden of the State and burden an already labouring population with out-of-pocket prohibitive medical expenses.

Long-term, sustainable solutions to the pollution in Delhi-NCR are needed, not knee jerk reactions when the situation goes out of control.

One reason for the pollution in Delhi-NCR that has caught everyone’s attention and become a major political issue each winter is the burning of paddy residue by farmers. Reams have been written about the whys and wherefores of it. However, if we keep the politics aside we can find a solution by listening to experts on the issue. For instance, the Indian Agricultural Research Institute (IARI) says that it is trying in its breeding programme to get higher yield in the short-duration rice varieties to help farmers shift from the long-duration PUSA-44 variety. Because short-duration varieties PR126, Pusa Basmati-1509, Pusa Basmati-1692 mature in 120 days instead of the present 155 days, giving farmers 25 days to manage the stubble and save irrigation water and input costs too. Experts say that the Delhi Government can learn from the Haryana Government how to persuade farmers to stop paddy burning as Haryana has been able to bring down its farm fires to some extent. Also, farm equipment manufacturers say that use of baler which can collect the paddy straw neatly can solve the problem provided the Government puts in place the right financial incentives and ensures that the collected straw can be used in biomass plants for power generation. This will also solve the problem of using polluting coal to produce power, at least for a few months in the year.

At the end of the day, pollution is something that we all created collectively, it affects everyone and it is our collective responsibility to fight it too. We owe it to our children. 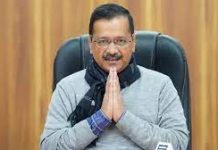