So France has lifted the coveted World Cup for the second time in style as a 4-2 victory over Croatia in a most dramatic and entertaining match. Indeed the big guns of France delivered on the biggest stage when it mattered the most. After an early own goal by Mario Mandzukic, Paul Pogba and Kylian Mbappe hit the target. Ivan Perisic and Mandzukic replied for Croatia, but could not change the fortunes of France. Another highlight of the match was that it was the highest scoring decider since England beat West Germany way back in 1966 by 4-2. However, in the end it was the statistic that favoured Ferance who have become the World champions for the second time after an earlier win on home soil in 1998.

France is now on the top of the world with some as young as just 19. They preserved their right state of mind and showed mental and psychological strength till the end of the tournament. Croatia had more of the ball, about 61 per cent more to be specific, and showed good energy but went behind in the 18th minute because of the own goal. Then came the moment which may keep the VAR debate at the top of sport’s agenda.  Perisic flapped an arm at a corner and ignoring Croatian protests, Griezmann stroked the ball home in the 38th minute for his fourth goal of Russia 2018. That made it the highest-scoring first half since the World Cup 1974. But there was more to come. Croatia were on top again after the break but France went 3-1 up on the hour as Mbappe and Griezmann combined to set up Pogba on the edge of the box.  Six minutes later Mbappe, the 19-year-old young player of the tournament claimed his fourth goal in Russia and became the first teenager to score in a final since the great Pele himself in 1958. After successive attempts, the chances of Croatia striking back again looked almost impossible but they were given a lifeline by French goalkeeper, Lloris, who tried to dribble round Mandzukic only for the striker to block the ball and send it into the unguarded net. They continued fighting, refusing to accept defeat and continued making forays, which unfortunately for their fans didn’t lead to any more goals. Croatia, beaten by the French in the 1998 semi-finals in their first World Cup appearance, continued to press but their energy was sapped and France held out.  Croatia’s fans saluted and cheered their heroes while torrential rain lashed down on the presentation ceremony.

As Croatian Coach said, “We are sad but proud at the same time,” he said. “We played well but the penalty knocked the wind out of us and after that it was very difficult. We have been dignified in our victories and we must be in defeat as well.” Indeed the Croatian team had defied odds to reach the final.

“We were all sad and downcast after the game ended. But, I told them to hold their heads high and be proud of their display. Sometimes in football you lose, but you need to be dignified in defeat too,” the coach said. Indeed while France has won the cup, the toast is for Croatia.

Taj Mahal, other monuments to not reopen as COVID-19 cases soar... 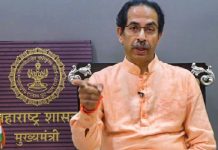