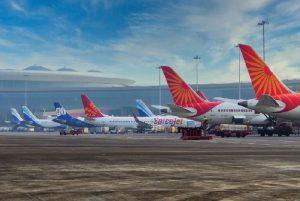 Airlines’ ticket sales have disappeared and so have the daily cash intake from those sales. The result is the airlines are grounding hundreds of aircrafts, eliminating services and in some cases imposing salary reductions and laying off employees. In desperation, some are shutting down entirely.

Airlines face an unprecedented international crisis in the wake of the coronavirus pandemic. The International Air Transport Association (IATA) estimates that the global industry will lose US$252 billion in 2020 alone. Many airlines are cutting up to 90 per cent of their flight capacity.

The airline industry has faced many crises before — 9/11 and the 2010 Icelandic volcano eruption. However, Covid-19 has been the severest of all. Currently, most of the global airline industry is grounded. Experts point out that survival will depend on how countries support these through special bailout packages.

As the modern world is weaved on aviation connectivity, any damage to aviation industry is bound to extend into virtually every corner of the economy. The aviation industry directly or indirectly affects not only air transport but tourism and hospitality industry as well. The effect is before anyone to see as viral unconfirmed reports suggest:

◆ Ryanair grounds 113 planes and gets rid of 900 pilots for the moment, 450 more in the coming months

◆ Norwegian completely stops its long-haul activity!!! The 787s are returned to the lessors

◆ Emirate grounds 38 A380s and cancels all orders for the Boeing 777x (150 aircraft, the largest order for this type). They “invite” all employees over 56 to retire

◆ Wizzair returns 32 A320s and lays off 1,200 people, including 200 pilots, another wave of 430 layoffs planned in the coming months.  Remaining employees will see their wages reduced by 30%

◆ IAG (British Airways’ parent company) abandons the takeover of Air Europa (and will pay €40 million compensation for that).

◆ IAG (British Airways) grounds 34 planes.  Everyone over 58 to retire

◆ Luxair reduces its fleet by 50% (and associated redundancies)

◆ Brussels Airline reduces its fleet by 50% (and associated redundancies)

◆ They forecast a minimum of 8,000 grounded planes by September.  With an average of 5.8 crews per plane (medium and long haul combined), that would make more than 90,000 unemployed pilots worldwide.

◆ The air transport industry is on life support!