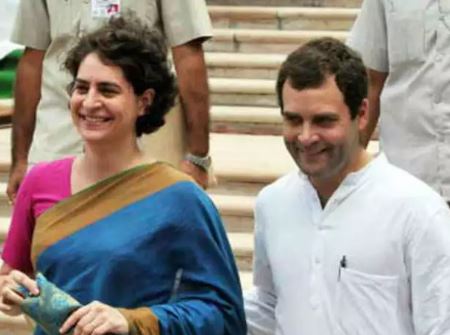 A day after Rahul Gandhi in a letter announced his decision to step down as party president by saying accountability was critical to the future growth of the party, his sister and Congress general secretary Priyanka Gandhi Vadra on Thursday in a tweet said that “Few have the courage that you do”.

“Few have the courage that you do @rahulgandhi. Deepest respect for your decision,” Priyanka tweeted.

Rahul Gandhi on Wednesday posted a letter on his Twitter and made it public that he had resigned from the post of Congress president after party colleagues refused to accept the resignation, he offered on May 25.

In his letter, Rahul Gandhi had said: “Rebuilding the party requires hard decisions and numerous people will have to be made accountable for the failure of 2019. It would be unjust to hold others accountable but ignore my own responsibility as President of the party.”