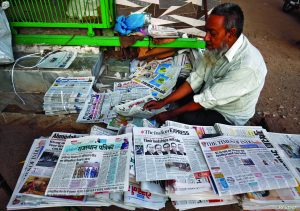 The draft Registration of Press and Periodicals Bill, 2019, put out by the ministry of information and broadcasting in November, should talk about the registration and not “regulation” because the word regulation has many hidden meanings and can be used to curb the freedom of speech and expression, one of the country’s vibrant and long-running magazine publishers has pointed out.

Delhi Press chief Paresh Nath also highlighted that the bill does not enhance the freedom of speech and expression but it is definitely an improvement on the bill on the subject presented to the public in 2009, 2011 and 2013 which lapsed after the end of 14th Lok Sabha in 2014.

“The bill lacks the spirit of Press and Registration of Books Act of 1867 wherein the preamble and introduction made it clear that the purpose of the existing Act was to collect the printed works in India and preserve them, said the head of Delhi Press, the group which created a stir in the magazine publishing scene of India.

“The citizens want the enactment of a law on press to give legitimacy to the press and give a platform that will enable the owners of newspapers to perform in exercising their rights under the Constitution,” Paresh Nath said in a draft of the Note to be sent to the Ministry of Information and Broadcasting.

“We propose that the preamble to the new proposed Act talks about the registration and not “regulation” because the word regulation has many hidden meanings and can be used to curb the freedom of speech and expression,” he added.

Highlighting the use of confusing terms for newspaper, he said, “In the bill there are many terms used for ‘newspaper’ and it may lead to confusion and denial of many rights to the users of newspapers.

On confusing terminologies in the new Bill, Paresh Nath said, “Heading of Part IV uses the term ‘periodical’ along with Registration. In Section 6 the heading is only regarding ‘periodical’. We can go on with these anomalies in the bill regarding terms used for ‘newspaper’ and request that ONLY one term be used which is being used in scores of enactments like Post Office Act, Railways Act, Newsprint Control Order, General Goods and Services Act, Press Council Act etc. Any change in this term is bound to lead to intense litigation everywhere. It can be avoided by the use of age old term ‘newspaper’.”

The draft Registration of Press and Periodicals Bill, 2019, burdens printing press owners with returns, said Paresh Nath. “Section 3 of the Bill makes it mandatory for all printing presses to file returns of all the printing work done by a printing press. This will open a pandora’s box as every printing press not knowing the nature of the work done will have to file the returns of all the work done with Registrar. This will clog the office of Press Registrar General. The details to be filed are still not ready and we cannot comment on them. We are apprehensive that a large number of independent printing presses will stop publishing anything that can be even remotely called a ‘newspaper’ or ‘publication’ or ‘magazine’ or ‘journal’ or ‘periodical’ or ‘books’ as the various terms are used by the Bill,” he said

Nath, who launched English literary magazine Caravan in 1940, also raised questions related the qualification segment of the Bill. “We think that a person convicted under Unlawful Activities (Prevention) Act 1967 should be allowed to start a newspaper once he has been punished and released from jail. It has been held that a convict continues to have his many fundamental rights even when detained under any enactments. There was no such provision in PRB Act 1867 although the British wanted to curb the free speech that was being used by the freedom fighters who started newspaper’ in English and almost all Indian languages,” he said.

“In independent India, a blanket clause like this is not desirable for the whole life of the convict. He will have no right to present his case to the public even after his release. We also think that if a corporate body where foreigners have major stake is allowed to own and bring out a ‘publication’ , an individual foreigner should also be allowed to bring out a newspaper. It goes without saying that a foreigner will have no ‘fundamental right’ under the Constitution but a statutory right can be given if it is given to the Body Corporates without excluding those owned by foreigners,” Paresh Nath added.

The Bill also has loopholes in registration of newspapers, said Paresh Nath, who oversees the Hindi periodicals of Delhi Press and Caravan. “Section 6 (1) restricting the printing of a newspaper to India alone is not desirable in this age and time. Good printing facilities are now available off shore also and there should not be restriction on getting a newspaper (with whatever frequency of publication) to be printed only in India. When call centres in Bangalore can serve customers in USA or Australia, there is no reason why we can’t get cheaper or better printed ‘newspapers’ printed abroad if these can be shipped to India in time according to the need of the publisher,” he said in the draft note.

“Section 6 (2) of the Bill is very vague in its present form and gives too much delegated legislative powers to the office of the Registrar while making rules. The provision like `making an application in ‘such’ manner, by furnishing “such” documents, setting forth “such” particulars of “such” fee as “may” be prescribed are not specifying even the legislative intent. The provision is very vague and the enactment if passed as it is will lead to great confusion because nothing will be certain and too much discretion will lie with the Registrar and his office,” he added. 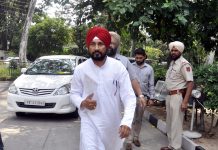