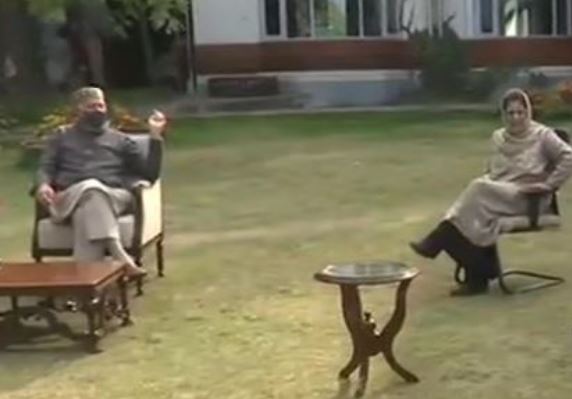 National Conference (NC) president and former Jammu and Kashmir Chief Minister Farooq Abdullah was on Saturday unanimously chosen as the chairman of the People’s Alliance for Gupkar Declaration (PAGD) while PDP chief Mehbooba Mufti has been declared as the vice-president.

Sajad Lone has been named as the spokesperson of the alliance.

The amalgam leaders, who met at Mehbooba Mufti’s residence for the first time after its formation, adopted the flag of the erstwhile state of Jammu and Kashmir as its symbol.

A document will be prepared within a month via which we’ll present facts behind the lies that are being propagated. It’ll be a tribute to people of J&K who are being slandered, said Sajjad Lone.

Addressing the media, Farooq Abdullah said, “It’s not an anti-national Jamat, our aim is to ensure that the rights of people of J&K and Ladakh are restored. Attempts of dividing us in the name of religion will fail.” 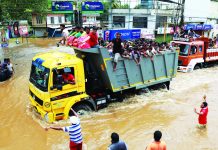